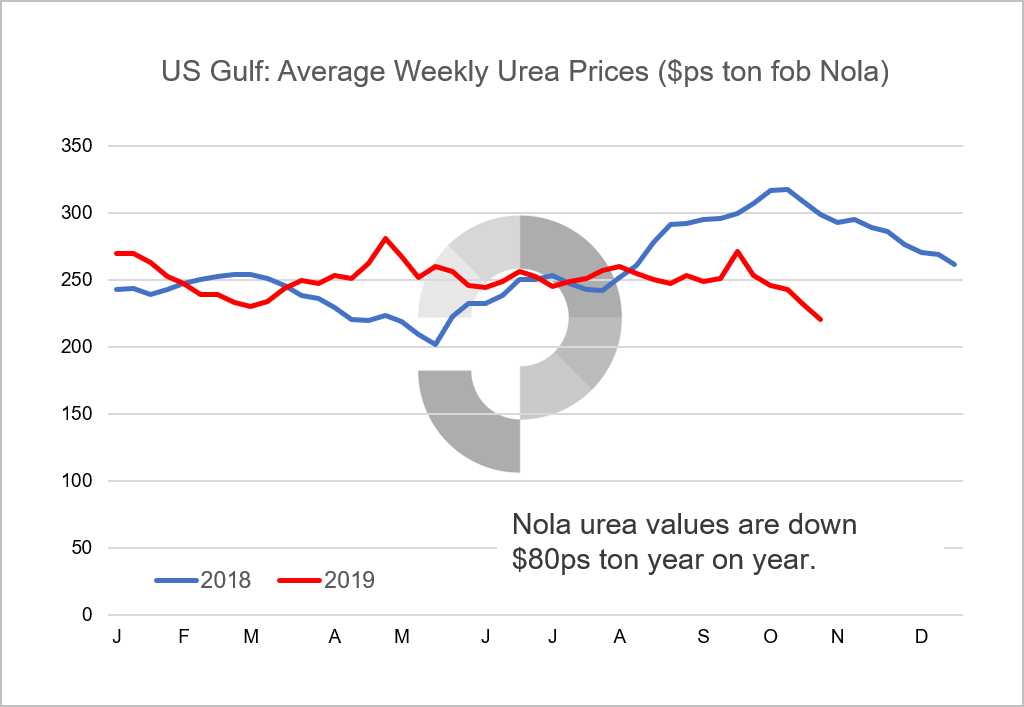 The US Gulf price slide continued this week with November granular urea barges trading down to $215ps ton fob Nola early in the week. Nola values have fallen more than $35ps ton since the end of September with business concluded at 18-month lows this week before a modest rebound to $220ps ton fob Nola took place yesterday.

While the current import line-up in the Gulf is broadly in line with the previous year, negative sentiment internationally and the continued flow of contract cargoes has seen several suppliers lower offer levels to find liquidity in the offseason market.

Indeed, the trend in recent months stands in stark contrast to 2018 when US urea values hit $325ps ton fob Nola mid-October. International sentiment in Q3 and into Q4 2018 was positive, bolstered on the demand side by successive Indian purchasing tenders and an early Safrinha in Brazil, which saw nearly 1m. tonnes of urea arrive in November. In terms of supply, US sanctions against Iran restricted the trade flow of Iranian urea, while Chinese exports were running at low levels.

This year, competition for business in the east has been fierce with China taking close to 50% of recent tender business in India, increasing the reliance of North African, FSU and, to a lesser extent, Middle Eastern producers on western markets for spot business. Several markets, including Brazil, have also opened up to Iranian suppliers this year.

On the demand side, delayed rains in Brazil have encouraged buyers there to defer while those in Europe have been reluctant to commit in the current market environment. Outside of Indian demand, eastern markets are slow. 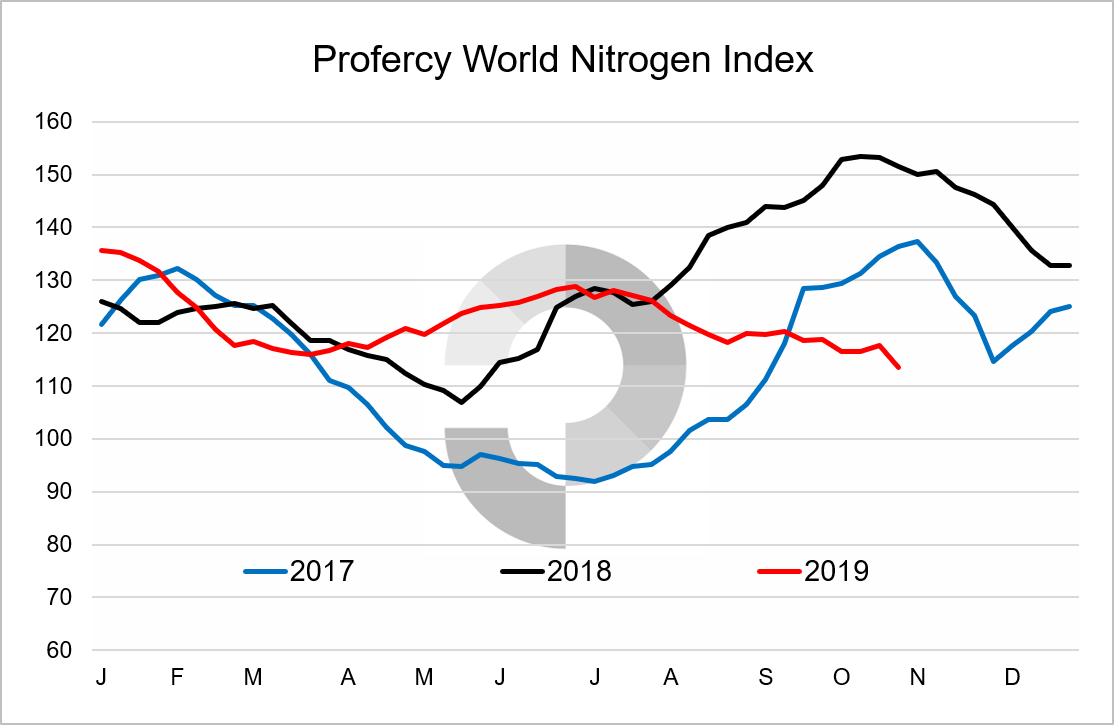 Profercy World Nitrogen Index is a barometer of global nitrogen values and is heavily weighted to urea. The Index has declined steadily since July.

Offseason US market now at a major discount to Brazil

Returning to the US, it is noteworthy that prevailing Gulf urea values currently put the US market at a significant discount of around $35-40pt to Brazil basis business this week. This is reflected in the graph below. While it is normal for the US to trade a discount in the offseason, the average differential between the two markets in the past few years has been less than $10pt. With Brazilian demand expected to pick-up in the coming month, this has naturally led to international speculation that the US may be undervalued, even if international fob values decline into Q4. 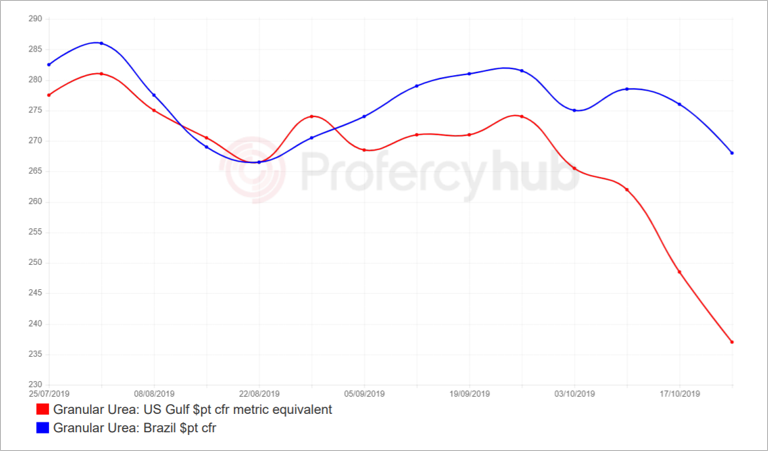 All prices are based on weekly price assessments published through the Profercy Nitrogen Weekly Report.

To receive a complimentary trial of the Profercy Nitrogen Service, you can register here.