It has been a tumultuous week in the global urea market. Sentiment early in the week was rocked by international relations with new public procurement rules in India potentially blocking Chinese urea in the latest MMTC purchasing tender.

As a consequence, derivatives markets were volatile with September Brazilian contracts trading up to $270pt cfr on Monday before briefly easing back to $263pt and concluding the week in the mid to high-$260s pt. A similar pattern was evident for September Middle East contracts. In China, urea values on the Zhengzhou Commodity Exchange have fluctuated by as much as Rmb 100pt in the past five days.

Despite eventual confirmation from India that Chinese product could be supplied in this latest tender, the physical market remained firm with Chinese supply unable to make up the Indian import shortfall. Indeed, just 250,000t of urea was believed to be available to load prior the 4 September shipment deadline in the latest MMTC inquiry.

Consequently, fob prices in the east and west advanced prior to the tender with importers in major markets also seeing offers escalate. Middle East values surpassed $250pt fob early in the week, up by more than $10pt on the previous week, while Egyptian producers also managed similar price gains for August shipments.

Offers in the 30 July MMTC inquiry were $17pt or more above those in the 17 July inquiry with just 1.63m. tonnes offered firm. The tender has allowed producers and traders with positions to clear August positions at increased price levels. The total purchase in the inquiry is set to be just under 700,000t, well below the target purchase volume of 1-1.5m. tonnes, but an improvement on the 115,000t booked in the earlier inquiry. With domestic sales still strong, almost 5m. tonnes for July, a new tender is anticipated for September shipments.

With the India-China dynamic putting suppliers in the driving set, the urea market is firm. Profercy’s World Nitrogen Index advanced by over 4.7 points this week, the biggest single increase since October 2018. Price gains for ammonium nitrate, ammonium sulphate and to a lesser degree global UAN values also supported the Index. 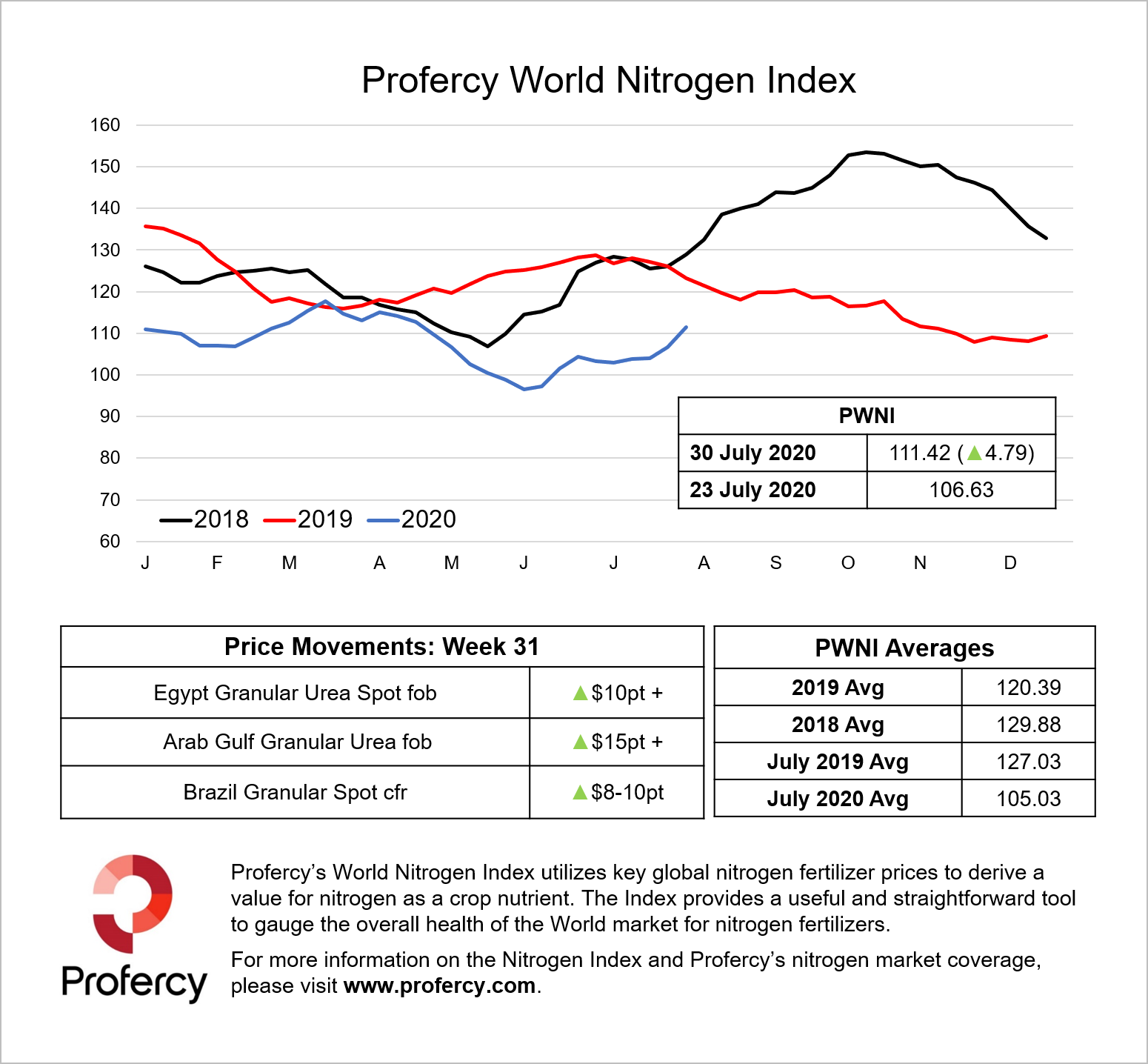