Trading activity in the US Nola urea barge market kicked into action during the first week back following the New Year break. The surge in demand has resulted in prompt month January values gaining around 14% since the start of the week.

January barges traded between $252-284ps ton fob Nola, while, further out February and March barges made similar gains with March changing hands late this week at $290ps ton fob Nola, a $314pt cfr metric equivalent. This now puts values in the US well above last done business in Brazil, where prices have also advanced but not to the same extent as in the US Gulf. 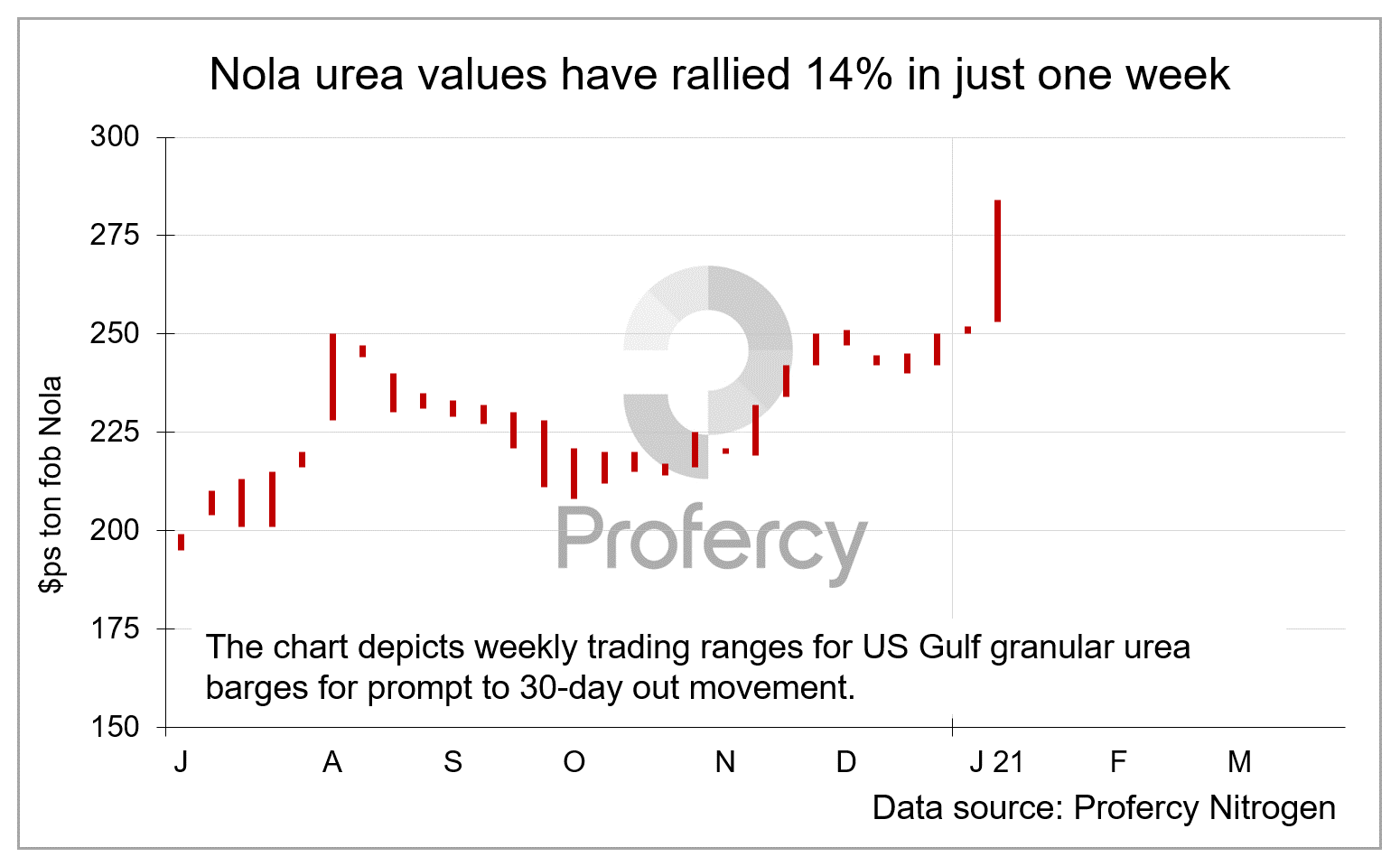 The sudden emergence in US demand has also supported business in North Africa. In Algeria, spot cargoes have been sold in the $280s pt fob this week with the largest producer, AOA, now quoting the mid-$290s pt fob for February loading. Egyptian producers have also been able to take advantage of the bullish sentiment in the market and have extended sales into February and March for Europe and Turkey some $20pt fob higher than two weeks ago.

A similar increase was also seen in the FSU, where producers sold prilled urea cargoes into Europe at $270pt fob, up from the high-$250s pt fob earlier this week.

With Chinese operating rates down, and producers there opting to focus on domestic requirements, the absence from the export market has supported a huge jump in Middle East prices. Sales out to March were concluded around $290pt fob, up around $15pt fob from earlier this week.

With turnarounds already underway or scheduled shortly by producers in Saudi Arabia, Oman, Qatar and Malaysia, participants remain acutely aware of the tightening supply situation in the global urea market. However, with US demand inevitably set to grow as Q1 progresses, distributors and traders will continue to seek out cargoes from wherever possible.

The surge in urea values across the global market has resulted in the Profercy World Nitrogen Index gaining 6.16 points to 127.59 this week. The last time the Index gained over 6 points was in August 2020, following a similar increase in global urea values after India’s state purchasing agency RCF announced a new inquiry days after the conclusion of the previous MMTC tender. 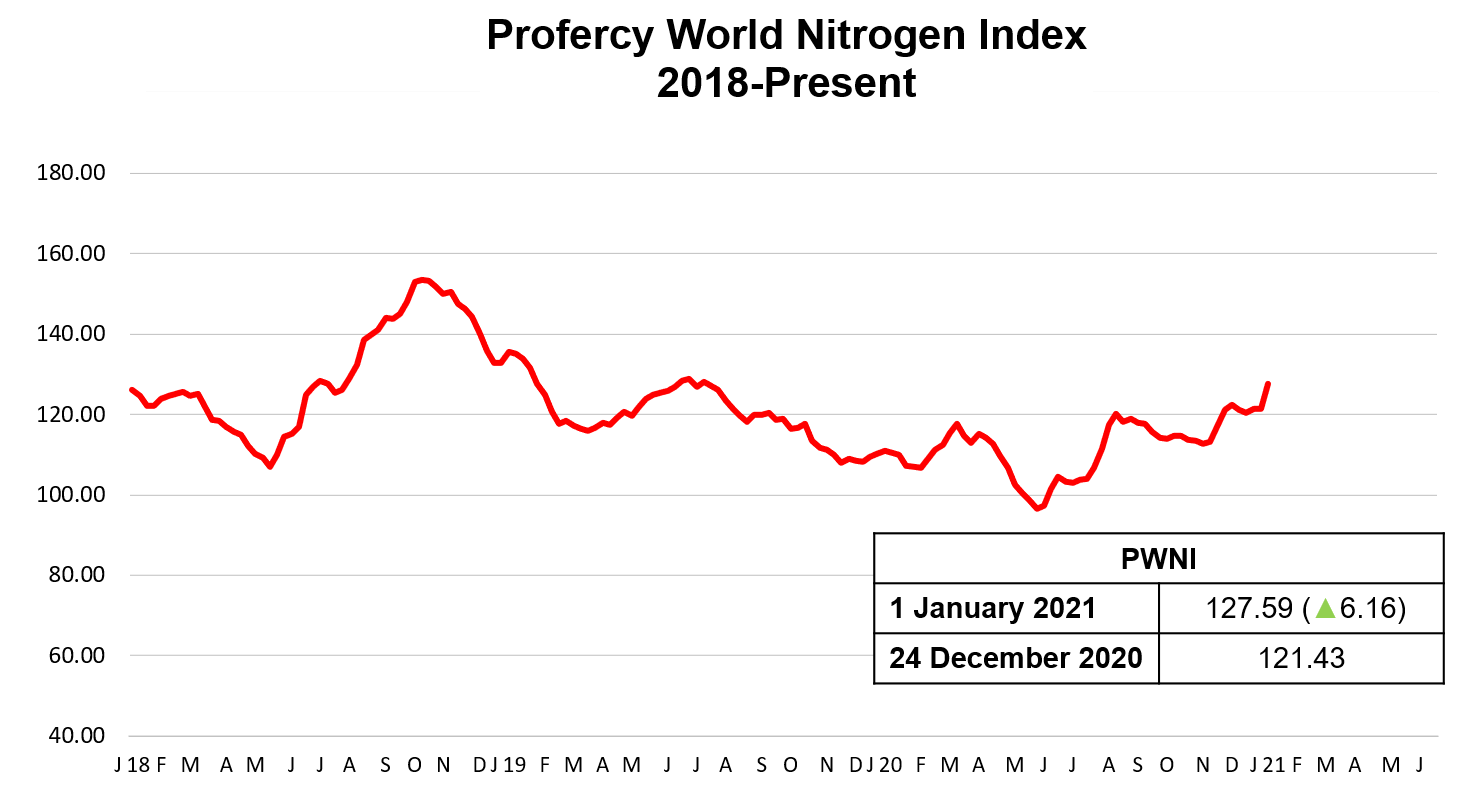