The impact of extreme cold weather in the USA and heavy ice in the Baltic has contributed to the hottest market for ammonia since mid-2018.

Severe outages in the USA this week caused by forced or opportunistic diversion of gas to residential use and affecting as much as 7m. tonnes/year of capacity, has added fuel to a market that was already on fire due to unplanned outages across the globe – in Trinidad, the USA itself, Egypt, NW Europe, the Middle East, SE Asia, Japan and Australia. Such a widespread catalogue of problems has not occurred before.

The impact on one key price barometer for ammonia, the Black Sea/Yuzhnyy fob price, has been to boost prices to $350pt fob, double the level of Q2/Q3 2020 when the pandemic’s effect on industrial ammonia use and energy/feedstock prices was at its worst. Black Sea prices bottomed out in the $170s pt fob while surplus Trinidadian product was dumped in Turkey at below $145pt fob. Middle East prices also fell below $150pt fob. Gas prices were low with European, Far East LNG and US gas all around $2mmBtu. 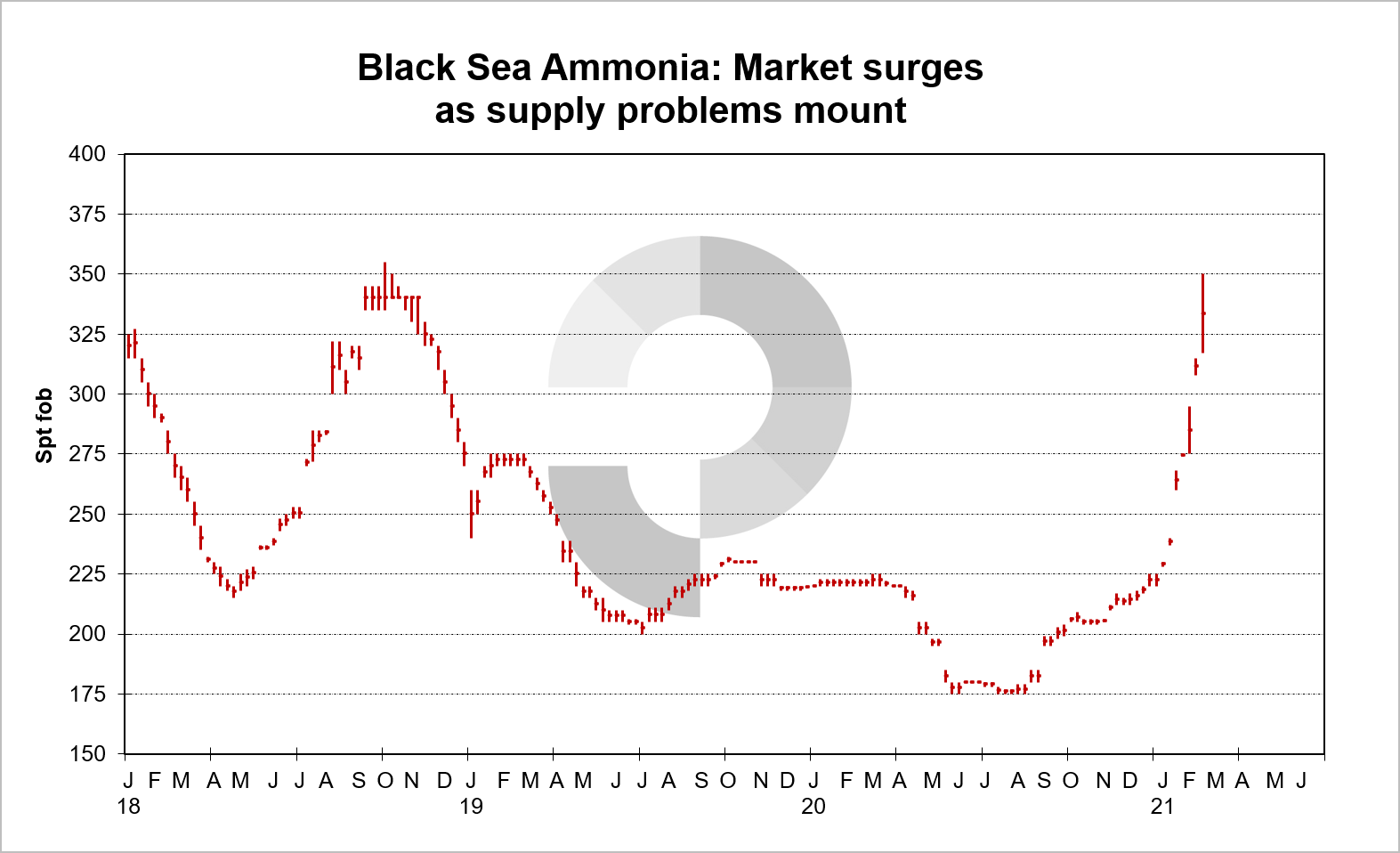 This week spot gas prices in the USA hit unheard of levels. In one weather-hit state, fertilizer production was cut with gas originally intended as ammonia feedstock sold at $220-225mmBtu.
Of course, ammonia prices cannot keep climbing at present rates and warmer weather will ease the supply position in the USA and for exports from the Baltic.

However, the price outlook for suppliers for March and April shipments looks very healthy while 2021 will undoubtedly be a year of major recovery in ammonia prices. In 2020 the average Yuzhnyy price was just over $200pt fob while 2021 to date has recorded an average of $275pt and a high of $350pt. When prices eventually pass their peaks, the year’s low will be well above 2020 as, with higher energy prices in areas such as Europe, the cut-off point for marginal high-cost producers will be well in advance of last year.