After five weeks of declines, global urea values have shown signs of stability of this week. However, fob levels are set to be tested next week with MMTC India holding a major purchasing tender for shipments into second half June. Profercy’s earlier coverage can be found here.

Globally, business has been relatively slow. Chinese product will feature heavily in India, but suppliers have this week tried to lift offer levels for both prills and granular ahead of the tender with many indicating at $345pt fob for the latter. These higher rates have yet to be established with only small volume business taking place. Nevertheless, this approach, and volatile freight rates, have lent stability to fob values elsewhere in the east ahead of next week’s Indian inquiry.

In the west, improved barge values in the Nola market for May have supported new import shipments from North Africa. Indeed, the US has retained its premium market status with May barge values reflecting around $395pt cfr, well above possible returns elsewhere. Firm grain values have been cause for optimism. Further, the shipping line up shows imports for the current season to end-May in line with last year. Yet, once domestic production losses caused by the cold weather earlier this year are factored then overall supply appears behind year on year.

The gains in the USA as well as the volatile freight situation prompted most suppliers to increase offers of granular urea in Brazil to $370pt cfr, up as much as $20pt on last week. Buyers did not react and little to no business was concluded in the region as a result.

Primarily due to the gains seen in the US, the Profercy Nitrogen Index advanced for the first time in five weeks. The Index was up 2.37 to 168.08 points. In the previous five weeks, the Index had declined 18.82 points. Despite this, nitrogen values remain well above the levels seen in the last few years. In April, the Index averaged 170.56 points, this is 58.89 points above April 2020. 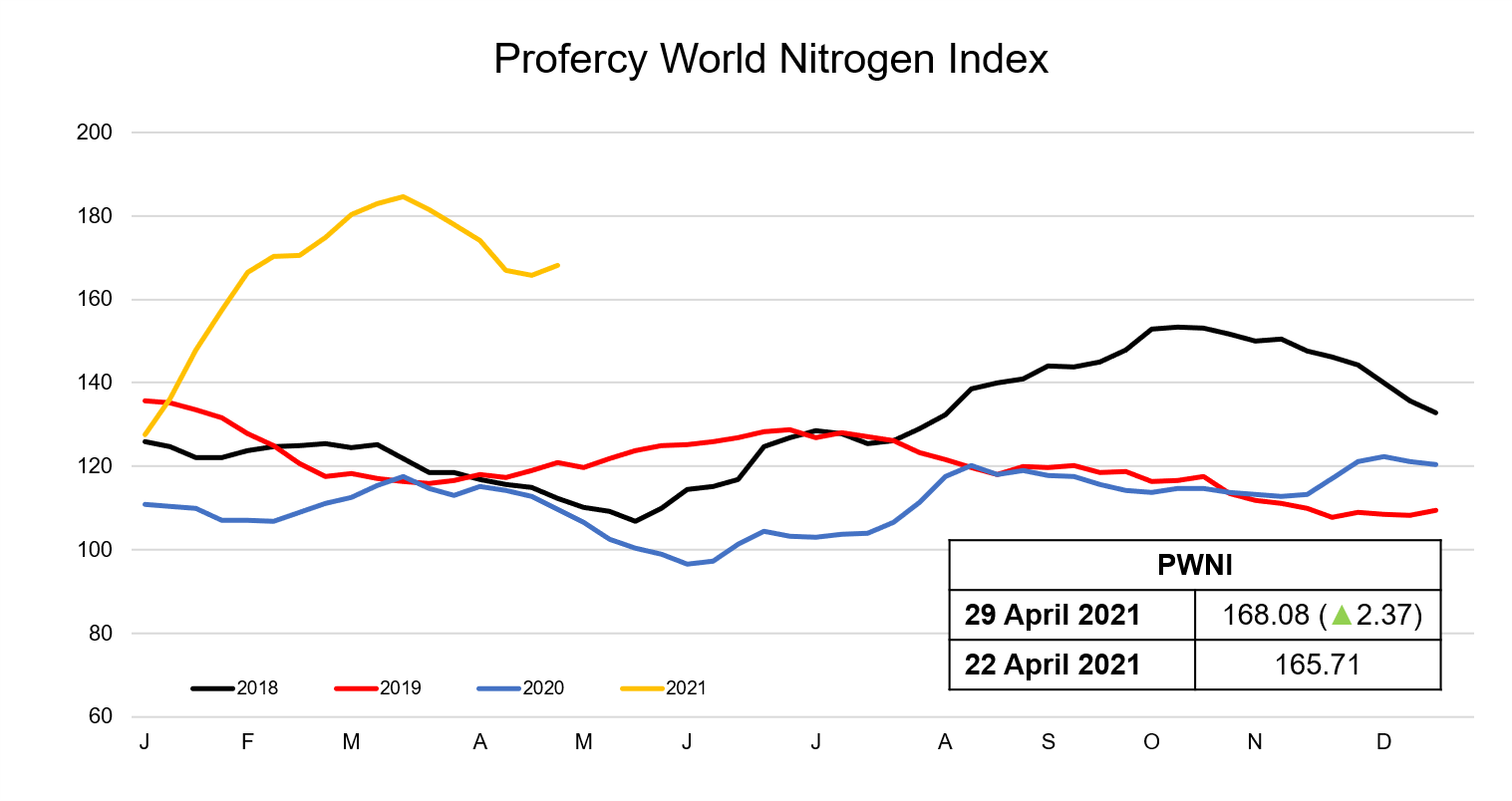