Global urea markets remain on a strong footing with both traders and distributors accepting higher fob and cfr offer levels. Prices in key regions spiked this week, mainly driven by end user demand and also following the announcement of a fresh Indian tender. Meanwhile, Chinese suppliers have maintained a firm price stance ahead of next week’s RCF tender.

In China, suppliers moved prilled and granular urea price ideas to $370pt fob and $380pt fob, with little indication that lower bids will be entertained. This as raw material coal prices continue to track at high levels and domestic Chinese urea prices are also at comparatively high levels.

In the Arab Gulf and Egypt, prices increased sharply week on week. The AG gained by $26-28pt as traders moved to secure product ahead of the Indian tender. In Egypt prices increased by up to $30pt and hit $400pt fob for the first time since mid-March. Demand from Latin America, including Argentina, remains strong.

Buyers in the west are aware of the dwindling stocks at the hands of producers (for example, Egypt is sold well into July with only very limited volumes for June left) and are moving quickly to book short term requirements even if at incrementally higher levels. With an Indian tender hovering in the background for a target 1m. tonne purchase, supply is only expected to get tighter as long as China adopts a reserved approach to exporting and with near-term import demand anticipated in Latin America, Australia and SE Asia.

In Brazil, prices are established well over $400pt cfr with suppliers now targeting $415pt cfr and above. In the US, prices also rose with the cfr metric equivalent price ranging from below $400pt to just under $420pt cfr.

One nitrogen product that is bucking the trend is ammonium nitrate. Baltic nitrate values remain static. The strong urea complex is helping support current nitrate levels but failing to push through any increases. This as nearly all major consuming regions are in the offseason and Russian producers are actively seeking export opportunities. However, AN’s discount to prilled urea is unsustainable after declining to 18% per unit nitrogen. In the near term, prices are expected to recover even if urea values stabilise. 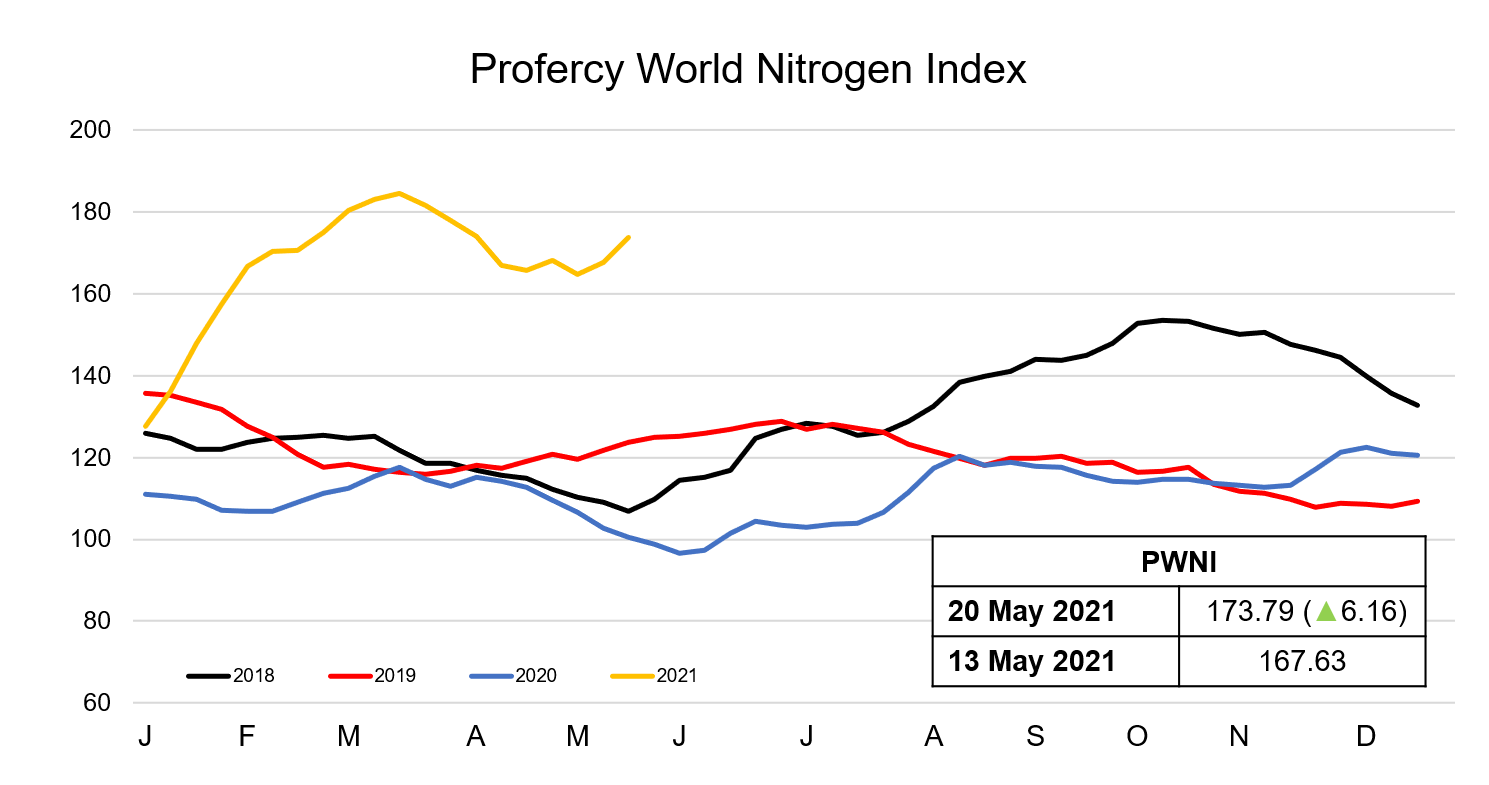