As September comes into view, supply pressure mounts on producers

Despite relative inactivity, global nitrogen values have declined by the sharpest amount since the latest downturn began in mid/late July.

The ongoing downturn is being exacerbated by the delayed Indian urea tender announcement. This has been widely attributed to the tendering agency in India needing to free up credit lines and resources before holding the next tender.  The delay was unexpected in mid-August with most producers and suppliers expecting to be able to ship product to India from early-September.

However, with the delay to the tender and September round the corner, urea producers and suppliers have had to cut price ideas to place product in the few places still offering liquidity, primarily Brazil.

In the Arab Gulf, spot tonnage was offered in the $420s pt fob by one producer. Due to the high freight rates which are still plaguing fertilizer markets, this level was too high to attract interest despite being around $20-25pt below last week’s values.

In China, offer levels continued to ease with prilled urea offered at $410pt fob, also down as much as $20-25pt week on week. Of note, the volumes offered from China are small and there has been little export business of late. However, with India round the corner, large Chinese participation remains a concern, ebbing away at the willingness of traders with offtake agreements in the Arab Gulf and elsewhere to hold positions to sell to India.

Indeed, traders have shown a greater willingness to do the opposite and take short positions. This week a cargo of prilled urea was sold into Peru at around $400pt fob Baltic netback, some $30pt below producer price ideas.

Brazilian demand was quieter this week following the major purchases last week. Prices eased around $5pt on average, effectively reversing the gains of the previous week. Brazilian purchases are expected to continue into September. For now, it is the only major market still actively buying.

The PWN Index fell by 3.17 points week on week to 209.35 points. Since the start of the downturn six weeks ago, the Index has declined by a combined 9.82 points. 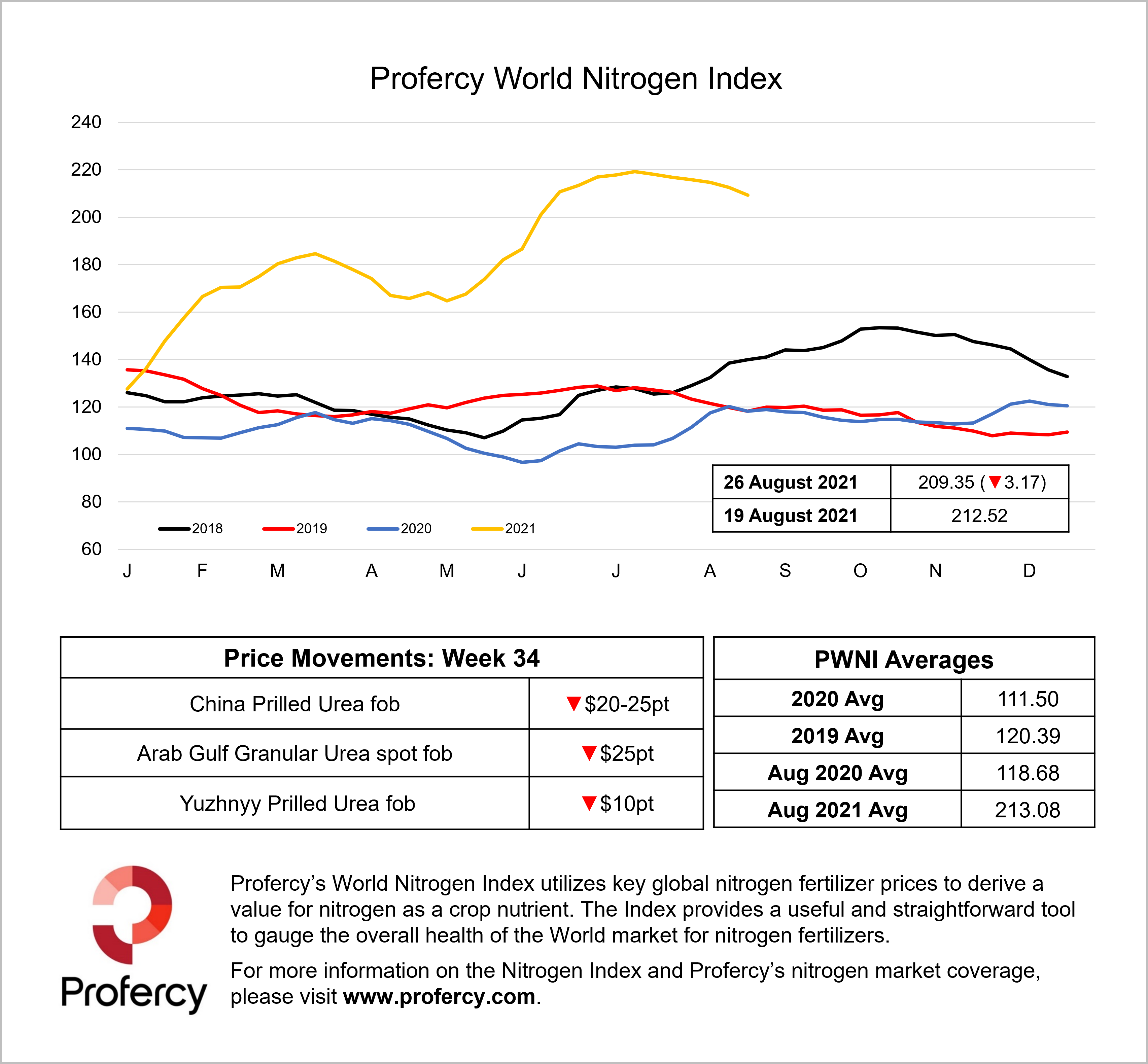