The global urea market was focused on the outcome of India’s latest purchasing inquiry, which closed on 7 February, for much of the week. Having endured a number of weeks of limited demand from other markets, many urea producers in both the east and west had chosen to hold on to volumes in the hope of achieving a premium by selling to India, as has been the case in recent months.

However, this was not to be the case this time around. The lowest offer received in the IPL tender earlier this week was at $596.45pt cfr for both east and west coasts, and came as a surprise to most market participants.

With all but two companies offering above $649pt cfr, the returns available from this business was indeed a disappointment to most. This latest tender has eroded the premium India has recently held over the US and Brazilian markets, with current cfr values for all three destinations now more closely aligned to each other.

Nevertheless, with urea demand from other markets currently lacking, the business does provide producers a good opportunity to clear inventories. For suppliers in the Middle East and SE Asia especially, India has offered liquidity at better prices than are currently possible in the west.

For western-oriented producers, there has been greater angst over the business. Returns down to $520-530pt fob Baltic and mid-$500s pt fob North Africa are a marked depreciation on last achieved levels for Europe and Turkey. But further demand from these destinations are by no means a guarantee. Four/five cargoes are expected to be committed to India from the Baltic as producers look to relieve near-term supply pressure. At least one cargo has been reported committed from Egypt with additional cargoes also possible.

In a break from the norm, IPL went on to issue counter offers in four separate rounds. Counters were at the lowest cfr value mentioned above, while fob counters were issued at $560.30pt fob Adabiya and $568.75pt fob Ruwais.

With most suppliers and producers now accepting the business, IPL has secured 1.4m. tonnes of urea. The question now remains whether India has booked enough volumes to keep the urea market supported over the coming weeks.

Owing to the decline in cfr and fob values following the latest IPL inquiry, the Profercy World Nitrogen Index has fallen 20.88 points this week to 341.11. 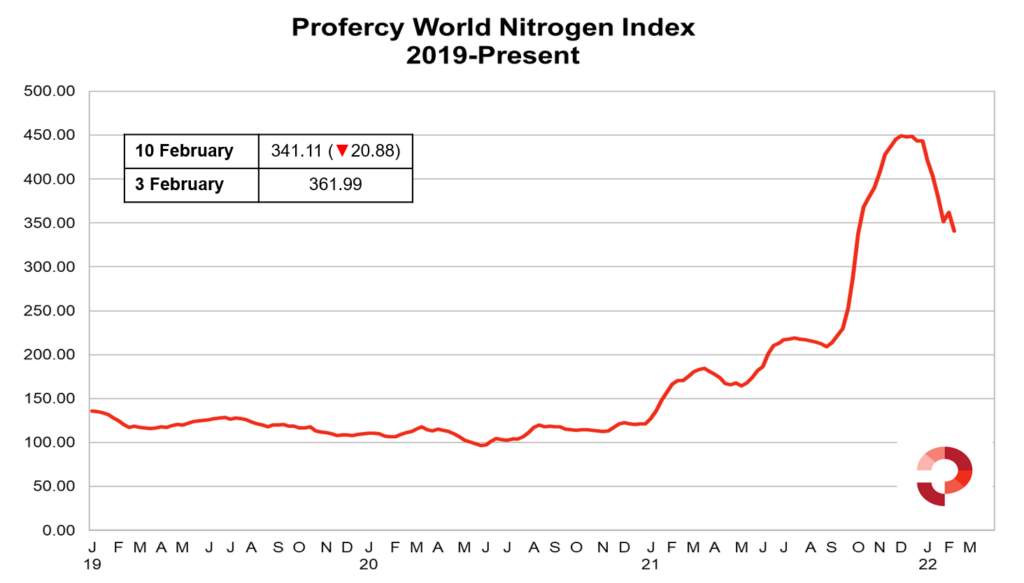