The Profercy World Nitrogen Index gained by 55.50 points week on week to 422.50 points. This is the single sharpest weekly gain on record surpassing a record only recently set, early October, when high gas prices led to production cutbacks in Europe.

This time the stakes appear higher. Gas prices in Europe are around 50% higher than the peaks seen during Q4 2021. As a result, production costs for European plants are even higher with major output cutbacks either already announced or expected imminently.

The gas price is a microcosm of the fallout from wider confrontation taking place between Russia and the west, especially the US. Sanctions, counter sanctions and the fear of future sanctions have all but killed off fertilizer export business from Russia/the Baltic.

Sanctions have not directly blocked the movement of Russian material, but buyers worldwide have sought to minimise their exposure to any potential risks. Even those buyers willing to take Russian material have been unwilling to take the shipping risk with major problems reported by suppliers of Russian fertilizers in securing vessels. Financing and insurance are among the primary challenges.

With Russia representing around 14% or 7m. tonnes/year of global urea trade, buyers worldwide have moved to secure product from other origins. The impact from this has been predictable with urea prices breaking past previous records. 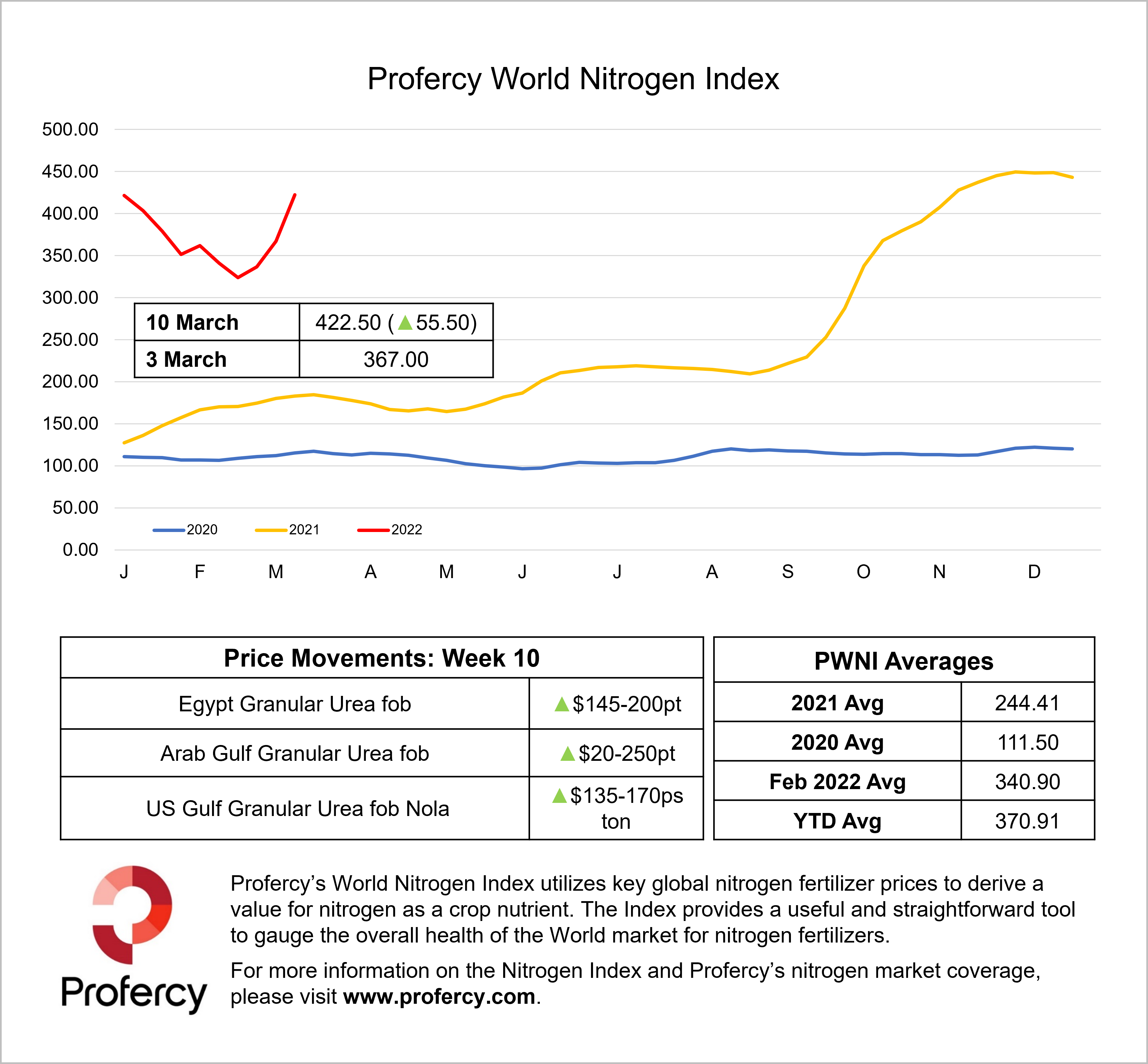