This week has been noticeably more muted in terms of activity in comparison to the previous few weeks. However, market sentiment remains bullish with supply from Russia still disrupted. Indeed, it has been one month since conflict began in Ukraine and global trade flows are still adjusting.

There remains major uncertainty over future supply from Russia, with producers facing major obstacles to business. Many trading companies and buyers have maintained a risk-averse approach to potential purchases from Russia, unwilling to expose themselves to any sanctions-related risks. Unsurprisingly, spot business ex-Baltic and Black Sea has therefore been light for several weeks. Among the main issues has been shipping, with Russian suppliers having great difficulties in securing vessels.

In SE Asia and North Africa, producers are sold ahead and comfortable near term. With an Indian purchasing tender expected for second half April shipments, most producers and traders are putting off decision making ahead of the tender.

More generally, financing challenges are now a prominent feature of many new business discussions as a result of the record-high fertilizer prices. In some cases, prepayment is required. This has been a particular issue in Europe.

In the west, Brazil has been in the offseason and, until recently, the US has appeared content with availability ahead of its season. As a result, the latter has been trading at a notable discount to nearby markets, such as Mexico. This discount has facilitated re-export business from the US Gulf. It has also kept product away from the USA ahead of the Spring season.

The Profercy World Nitrogen Index gained by another 20.93 points this week to 476.51 points. 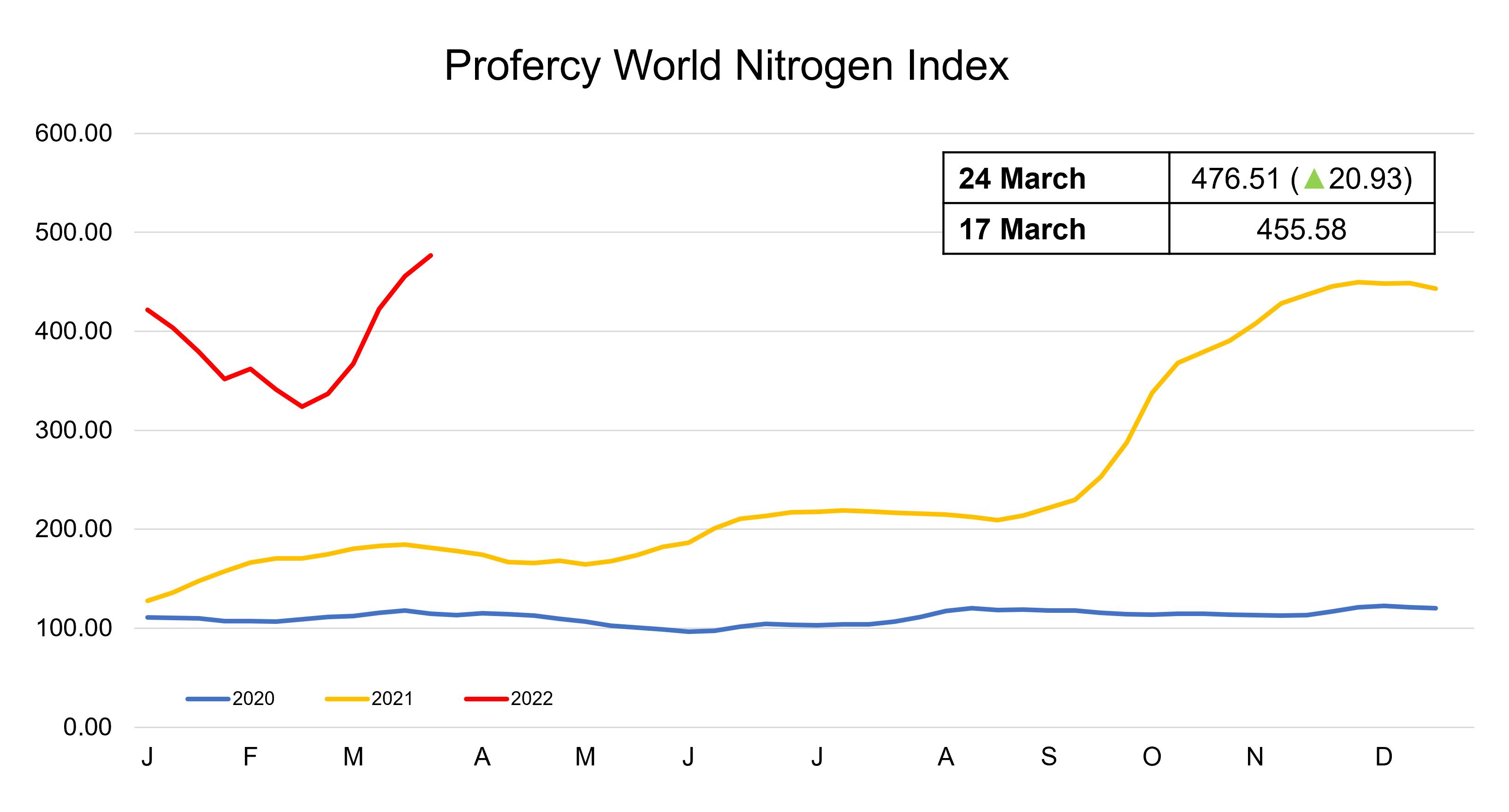