With India delaying its major purchasing inquiry this week, global urea values have once again eroded as buyers continue to show reluctance in committing to purchases ahead of the Indian tender. The Profercy World Nitrogen Index has made further significant declines this week as a result, falling by around 30 points.

While the largest urea importer in the east did return to the market this week, it is looking to secure just 78,000t of urea for first half May that was not supplied under the previous IPL tender. With major volumes still left uncommitted for May shipments in many regions, this latest announcement will undoubtedly test the nerves of many urea producers and traders.

The market has been in a stalemate for a number of weeks with many producers unwilling to offer or unable to find buyers at close to last done levels. Meanwhile, with buyers seeing no immediate upside risk, negotiations had ground to a halt in most regions. However, with India absent and buying interest still lacking from most regions, producers have been left with no choice but to lower offers this week.

Egyptian producers had previously tried to hold offers above $1,000pt fob over the recent weeks, but with April now drawing to a close and availability ample, price ideas have been lowered and some traders are understood to have received offers from producers down to $930pt fob this week.

In the US Gulf, the peak buying season has yet to emerge owing to poor weather conditions across the key crop growing regions which has stalled buying interest amongst end-users. Traders have taken the opportunity to place tonnes elsewhere as a result, with further re-export business heard taking place from Nola to Latin American destinations over the past two weeks.

With European demand now all but over, Algerian producers are now targeting long-haul business. A 30,000t cargo was sold from the region at $885pt fob this week, a $300pt decline from the highs hit a month ago.

Producers across all major fob regions continue to eagerly await the next Indian tender with hopes of a major purchase clearing the bulk of availability for May. 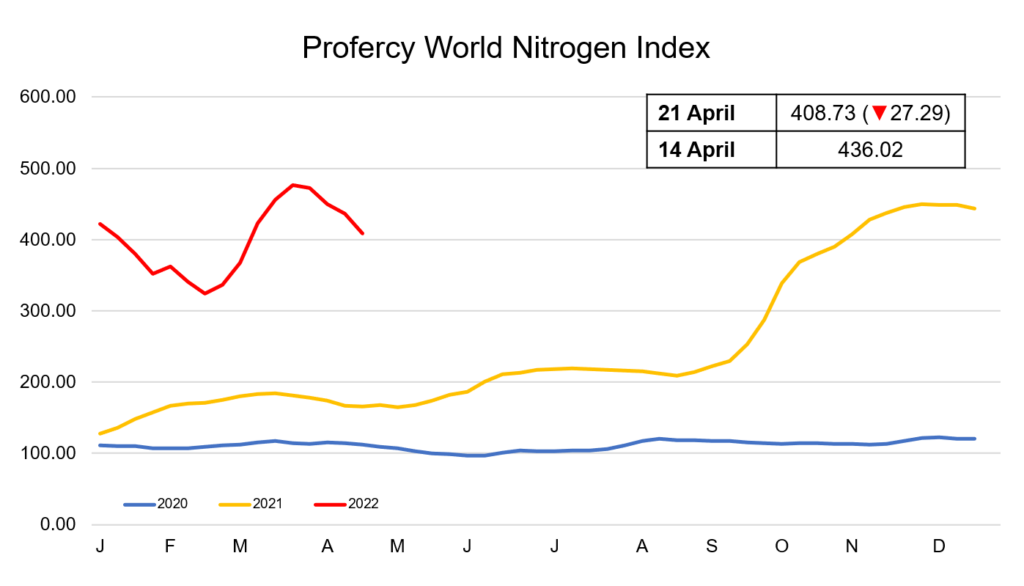