The latest purchasing inquiry by India’s RCF reached a conclusion this week, with the state agency issuing LOIs for close to 1.65m. tonnes of urea for shipment by 5 July.

The large volumes booked by India has now removed significant volumes from the east. The majority has been booked from the Middle East, with 600-650,000t booked from the region under this inquiry. Notably, several cargoes have been committed from China with the tender resulting in the most significant export business since the introduction of port and export controls last October. The business has not, however, been simple, with some product yet to clear customs.

Indonesian and Vietnamese product will also feature prominently in India.

The balance will be supplied from the west. Of note though, many western producers have opted to skip the business. This has been to the benefit of Egyptian producers who were able to take advantage of late season demand emerging from the Mediterranean markets, as well as summer demand for western Europe. Around 76,000t of granular urea has been committed by Egyptian producers for May and June shipments over the past week, and prices have advanced $23pt fob as a result.

With the long-awaited Indian inquiry now having drawn to a close, and both North African and Middle Eastern fob urea values finding some support this week, producers remain hopeful that buyers from elsewhere will now step into the market for volumes.

With values of some UAN, amsul and ammonia products dipping lower this week, the Profercy World Nitrogen Index has fallen by a further 13.59 points to 321.34. 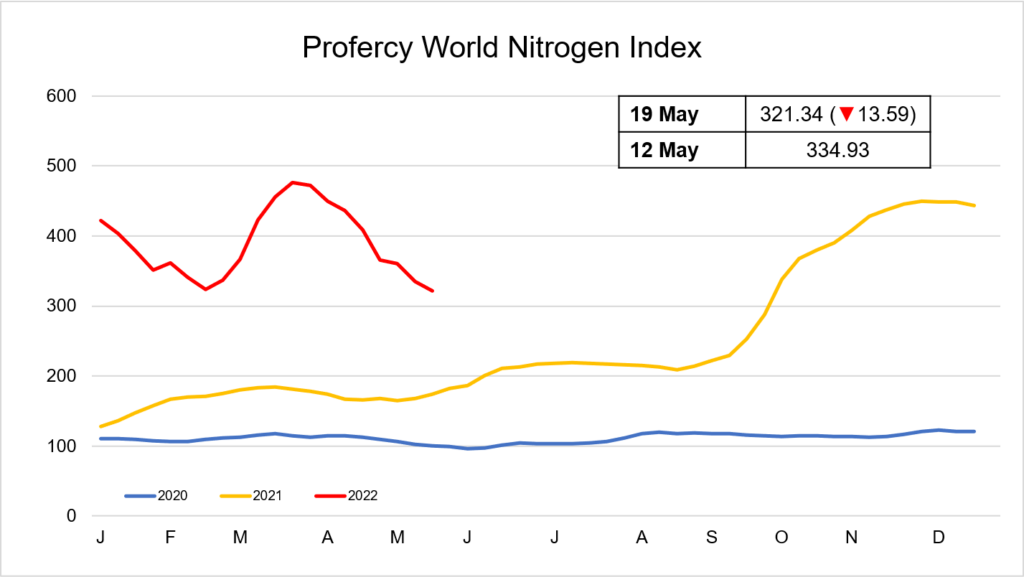