Spot activity is increasingly concentrated on European countries as runaway natgas costs across the continent force manufacturers to curtail capacity and source from other continents.

The higher demand has seen deals struck at higher prices than previous weeks, but outside of Europe the market is relatively bearish due to weak demand from major chemicals producers in northeast Asia.

In addition, import demand from fertilizer producers in India and the US is also much reduced.

This very soft demand – which has seen some cargoes delayed or volumes reduced – means spot openings are more abundant than they otherwise would be.

At least 50,000t of spot volume from east of Suez was secured on a cfr basis by two players for discharge in Europe, the bulk of which was taken by Yara and the balance by Fertiglobe.

The former agreed two cfr deals with Trammo, including a 25,000t Saudi cargo at $1,135pt cfr duty unpaid for August arrival in northwest Europe, while Fertiglobe sourced 15,000t from Indonesia for the Iberian Peninsula at $1,100-1,150pt cfr duty unpaid.

Trammo and Nutrien sealed spot fob deals in the Americas and it remains to be seen if European prices will rally considerably given supply from other parts of the world is ample.

In addition to Asia Pacific, market activity is very muted in India, hence the pick-up in enquiries from European buyers to suppliers in the Middle East and Southeast Asia. Further sales out of both regions are expected before the end of this month. 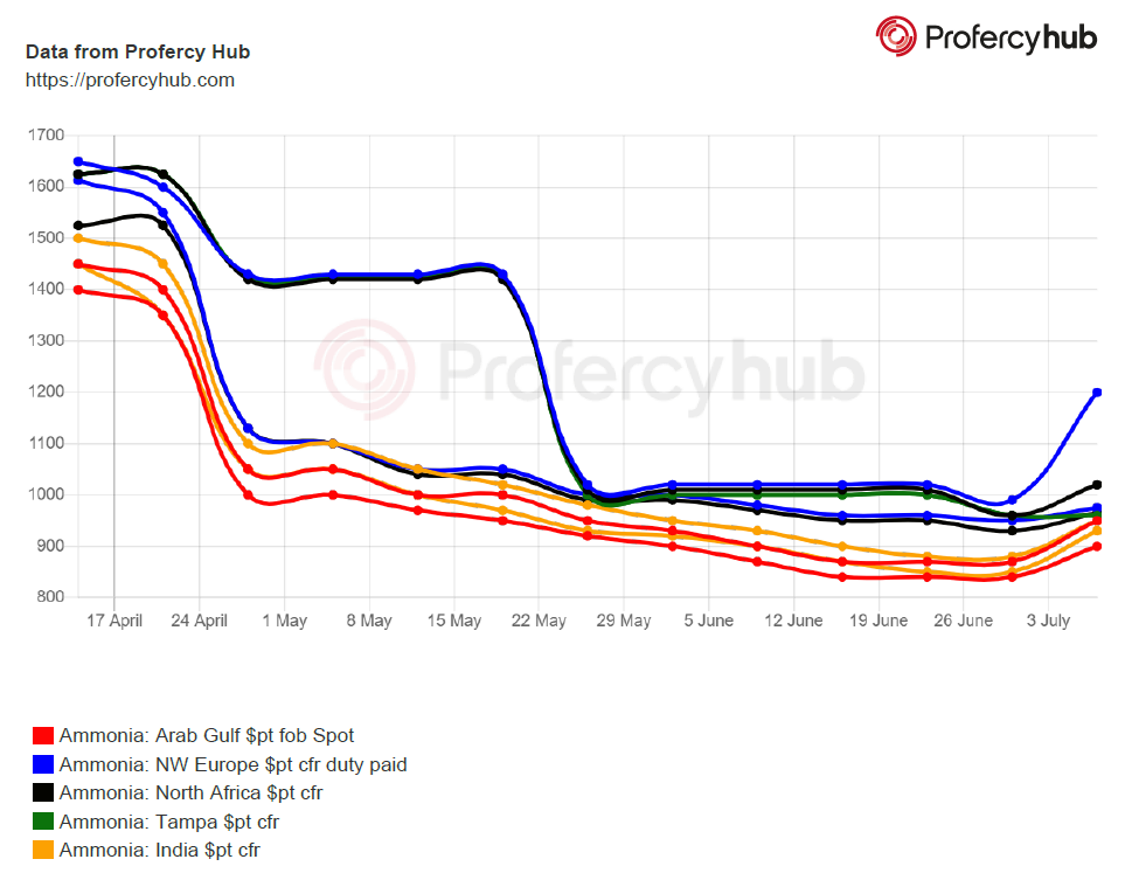