The Profercy World Nitrogen Index (PWNI) has fallen further this week, as limited activity across the urea market continues to weigh on both cfr and fob values.

A urea tender held by Pupuk Holdings in Indonesia this week saw granular urea volumes committed at $555-560pt fob, lower than what producers in the region had been targeting the week previously.

Business was also heard taking place from the Middle East, with granular volumes sold in the mid to high-$500s pt fob for African markets, down as much as $80pt week-on-week.

Nevertheless, this has not resulted in panic from other suppliers in the region, with many confident they will be able to shift volumes in the forthcoming Indian purchasing inquiry, which could potentially be announced as early as next week.

In the west, European demand has significantly slowed down, with traders continuing to focus on placing positions they had booked previously. Much of the market is also absent during August on a summer break.

With European gas prices climbing even higher this week, concerns remain over future fertilizer production in the region. Producers west of Suez continue to hold offers at high levels. For the time being, however, buyers price ideas remain far below what is currently on offer.

In the US, demand from domestic buyers remains limited, as expected during the offseason. Many producers and traders there continue to focus on re-export opportunities as a result. While, buyers in Latin America are also yet to step into the market. In Brazil, suppliers with volumes en-route have been forced to cut offers in order to entice demand, and offers there have now fallen below $600pt cfr.

In spite of the recent slowdown in global urea demand, producers remain cautiously optimistic that values will firm following the forthcoming Indian tender. Values are also expected to be supported further by anticipated European import demand in the coming weeks. 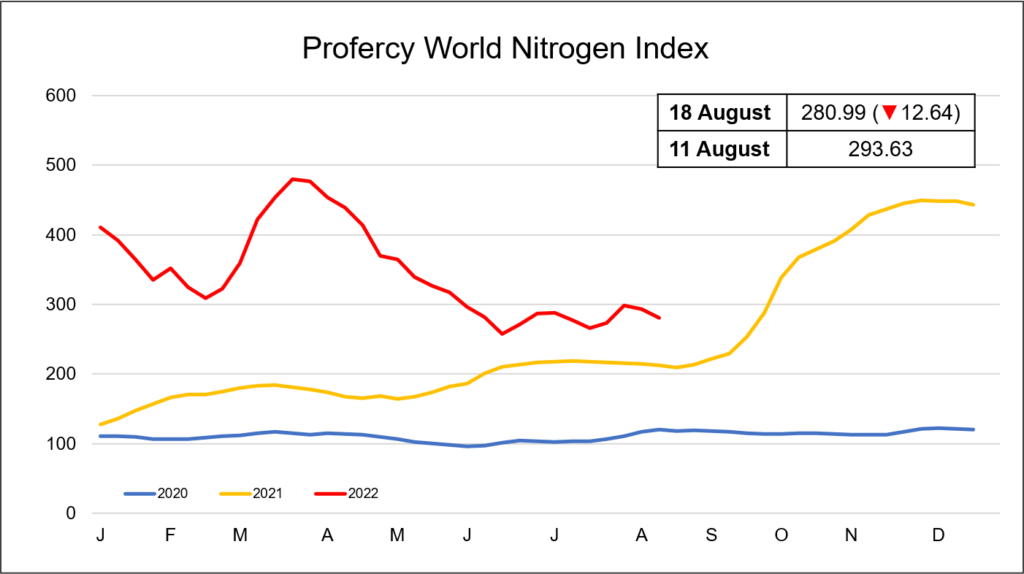