In a relatively quiet week for the international ammonia market, the headline news was the United Nations’ (UN) surprise bid to broker a deal for a potential restart of Russian exports from Yuzhnyy.

The announcement raised plenty of eyebrows among market players, with some worried the arrival of 170,000t per month of material could create significant downward price pressure, although such a development would be welcomed by stressed buyers.

Sentiment is the ambitious idea – which would involve trader Trammo – is unlikely to progress very far until military hostilities between Russia and Ukraine end, particularly as the huge pipeline and associated infrastructure like pumping stations could be a target for saboteurs.

For now, the market remains long outside of Europe and north Africa, with spot activity focused on both regions. Cargoes from Indonesia are expected to arrive next month, but not all details have been confirmed.

Industrial demand in northeast Asia shows no sign of picking up anytime soon, meaning suppliers are looking west rather than east for the foreseeable future.

Morocco’s OCP secured 16,500t from Parna Raya for late October delivery, with a larger cargo from the producer also heading west of Suez for Yara via Trafigura.
Surplus volume from elsewhere in Indonesia, as well as from China and Malaysia is also close to changing hands, with further information about deals by several traders likely to emerge in the coming days.

No new sales were declared out of the Middle East or into India, and while plenty of enquiries from European buyers have been lodged east of Suez and elsewhere, deals are elusive.

Plenty of cargoes from the Americas and Asia Pacific are expected to arrive in Europe during October, with the lack of prices illustrating buyers’ reluctance to reveal actual figures. 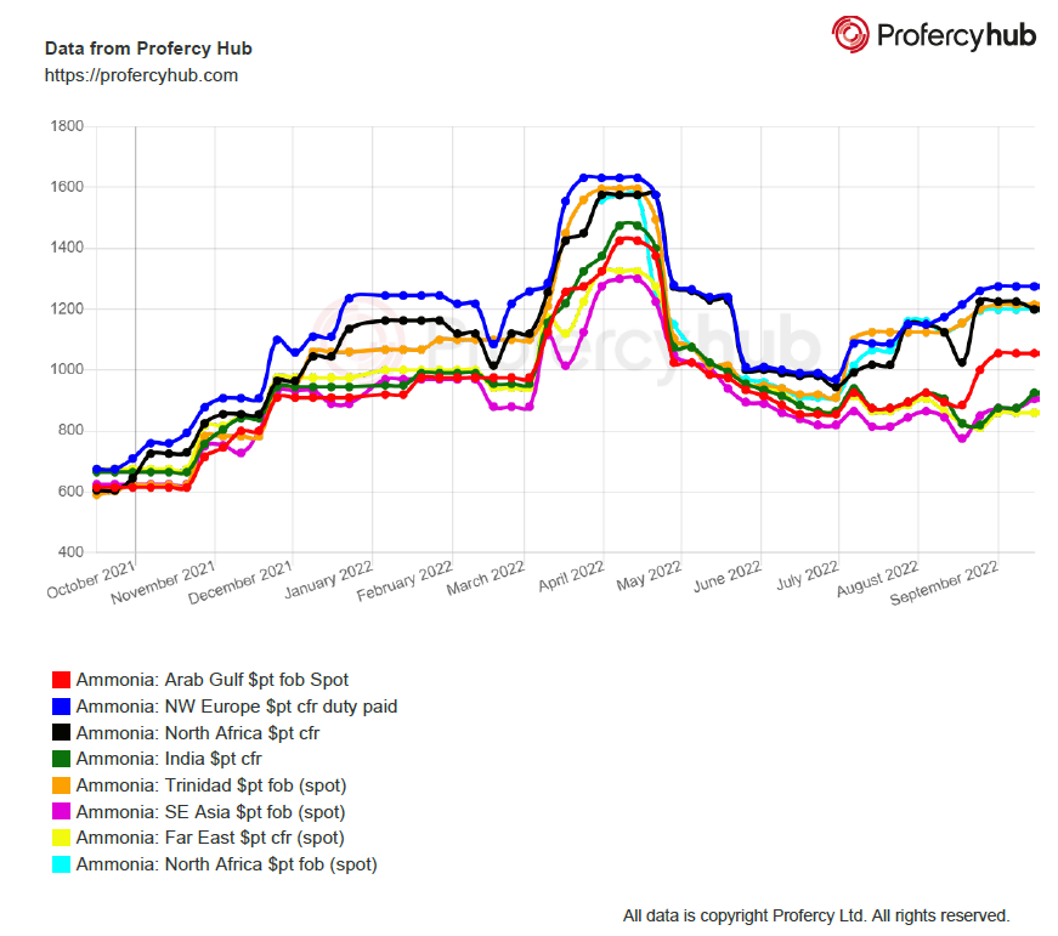