The conclusion of the latest RCF India urea purchasing inquiry saw 874,000t booked by the state purchasing agency late last week, below its initial target of 1m. tonnes or more. As a result, many expect that India will need to return to the market again next month. Import demand for around 2.5m. tonnes or more of urea is likely required for arrival by the end of January.

However, with the new tender announcement yet to be confirmed, major buyers have failed to step into the market for further tonnes, leading to a slight erosion in urea cfr values this week.

In Europe, traders reduced their price ideas in order to place the balance of their October positions. Offers were reported from the high-$780s pt cfr up to the mid-$800s pt cfr, dependent on location this week.

In Brazil, many distributors and importers have sat out of the market, a move that has resulted in lower offers primarily for shipments from Russia and Iran, but also ex-Middle East. Sensing the softness in the market, many importers have been content to wait before purchasing Safrinha tonnes. Furthermore, some have been prioritising ammonium sulphate purchases over urea, given the discounted nutrient values.

The offseason US Gulf barge market echoed the sentiment felt across the global market. With limited demand currently seen for barges, sellers reduced their offers as the week progressed in order to shift volumes. This resulted in prompt/September barges falling some $65ps ton from the highs hit last week. Buying interest was slightly improved thereafter and a modest recovery was made by Nola values.

Despite the lack of demand currently present across the urea market, the implied netbacks in several western locations are still above returns previously available in India. Many producers continue to hold onto volumes for October, and remain confident that the high European energy costs, as well as anticipated Latin American and future Indian demand, will be supportive of prices in the coming weeks. 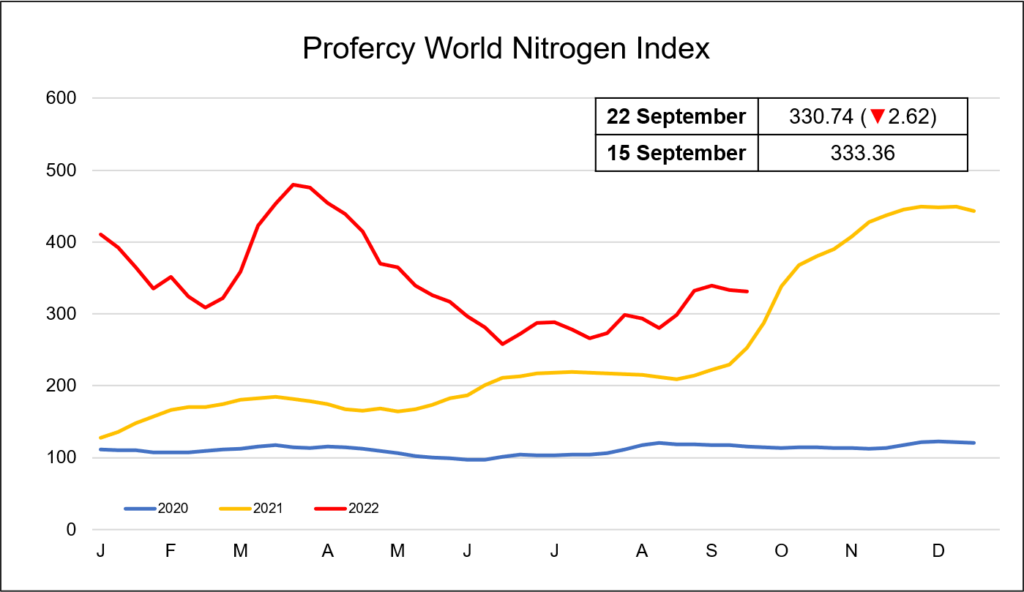