India’s IPL has booked significant urea volumes following the conclusion of this week’s tender. The state agency has now started issuing LOIs for around 1.5m. tonnes of urea for shipment to 5 December, removing considerable availability from the market.

Notably, the volume secured is higher than the total volumes booked during the previous two tenders that took place in July and September. These saw 593,000t and 879,000t booked respectively.

Indeed, with liquidity lacking for a significant period of time across the global urea market, many Eastern and Russian producers have been keen to back the business. A total of 2.82m. tonnes was initially offered for both coasts.

IPL went on to issue counter offers on 19 October at the lowest offer levels of $649.48pt cfr west coast and $655pt cfr east coast for around 998,000t. The agency then extended counter offers for up to 530,000t of urea later in the week. This brought total confirmed volumes to around 1.5m. tonnes, in line with the volume targeted prior to the tender.

The L1 offer levels into India were in line with price ideas for both Middle East and SE Asian producers. Netbacks to the Middle East are either side of $630pt fob, and those in SE Asia in the $620s pt fob. In both cases, no other markets are offering producers better liquidity or returns.

There remains a disconnect between urea values in the premium European market and elsewhere. North African producers continue to target business into Europe as a result, and have opted not to supply any granular urea in this inquiry. Cargoes not destined for Europe are making their way into North or Latin America.

Profercy’s assessment suggests that the vast majority of urea booked by IPL will be supplied from the Middle East, with 650-700,000t expected to be shipped from there. Volumes available from China are around 300-350,000t, while shipments from the Baltic/Black Sea are also expected to be a similar level. Two cargoes have also been supplied from Malaysia via traders under the business. One cargo of Abu Qir prilled urea will also be shipped from Egypt.

While this latest Indian inquiry has helped to relieve many producers of inventory pressure during November and into December shipment, suppliers continue to wait and see whether this large purchase will help spark much needed buying interest from other regions. 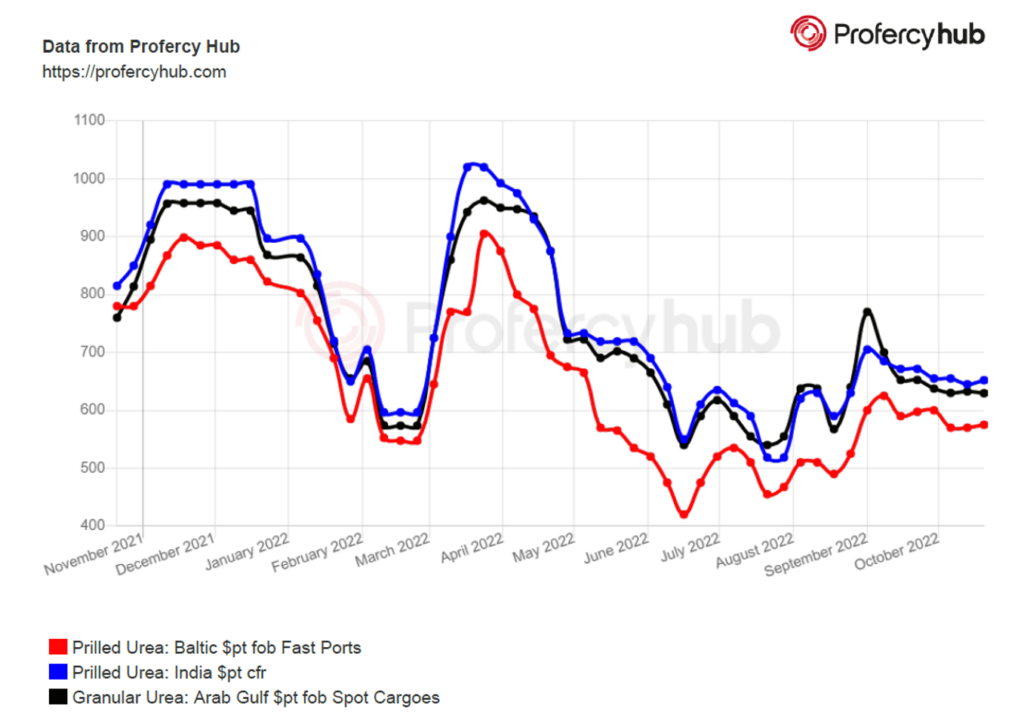