The international ammonia market has begun 2023 in an overwhelmingly bearish mood given the amount of material available and significant slump in European natgas costs.

Participants have suggested European import prices could slide sharply in the coming weeks, as major producers reduce their reliance on imports and focus on ramping up output.

The bearish tone was underlined by a $55pt month-on-month fall in the Tampa contract for January loadings, although some players had expected a lower number given the length in the market.

Sentiment is that the settlement’s netback to Trinidad is not likely to be achieved in the current spot market due to the weak demand and abundant supply.

In addition, an uptick in export activity in China means cfr values in some countries are far lower than if such shipments were not present. 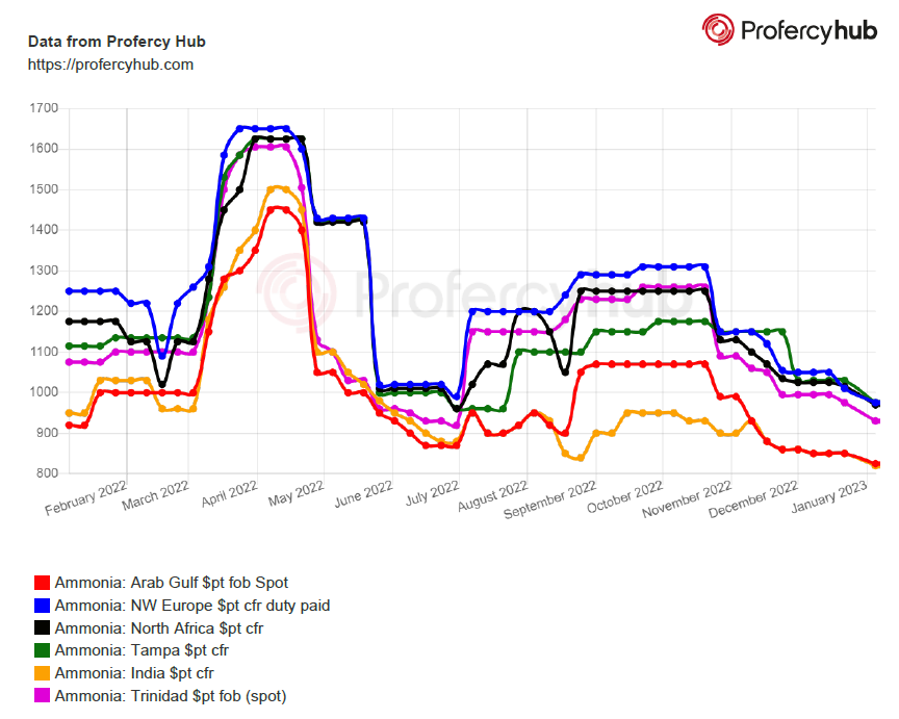 According to Profercy data, more than 1.6m. tonnes – involving 105 shipments – loaded in December, the highest monthly merchant volume of 2022.

Almost a dozen spot sales involving some of that total, or imminent liftings, were seen in a busy start to 2023, although prices were elusive for all but one deal.

Yara secured a series of cargoes in north Africa and may have struck some deals in Asia Pacific – where many offices remain closed.

Trammo was active both sides of the Suez and a flurry of deals are likely to emerge in the next fortnight as buyers and suppliers return to their desks. 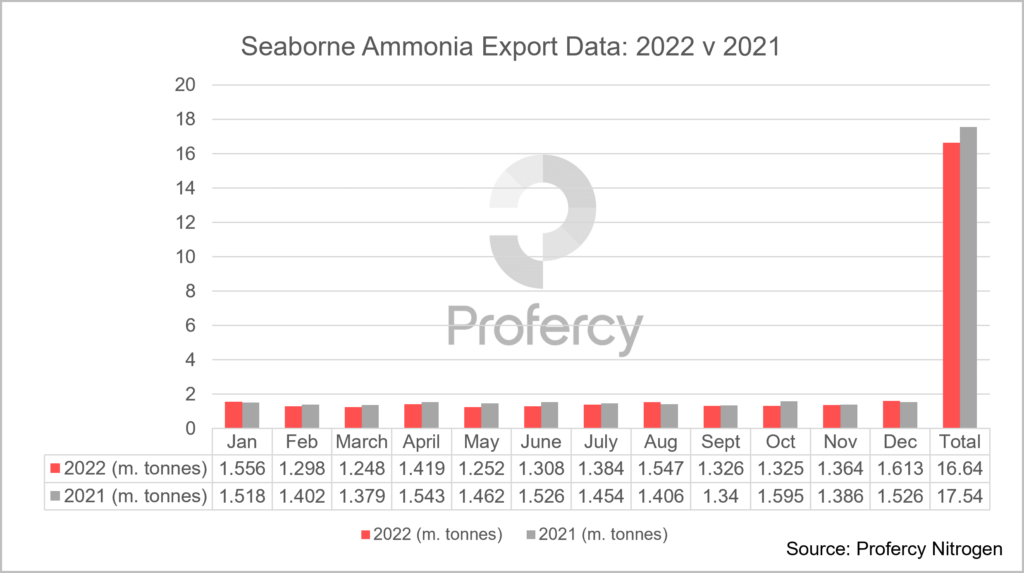