May 5, 2020Leave a commentGeneral, Nitrogen

Export values for FSU ammonium nitrate have fallen significantly in recent weeks with Baltic values no better than $160pt fob.

The domestic spring season, October through April, is now a distant memory for Russian producers. During this period, strong local markets minimised export volumes, allowing most small and medium producers (with up to one cargo per month), to focus almost exclusively on internal demand and avoid international markets for several consecutive months. With export supply balanced to tight and only one or two producers with product, AN’s premium per unit of nitrogen over prilled urea reached 25%.

By the end of March, domestic demand had started to ease. April production was mostly placed domestically however by mid-April several producers were actively planning export business for the balance of April and May production, though not actively offering. Product was being quietly moved to the ports with producers hopeful that Central American and Brazilian demand could limit the pace of price decline in the AN market in contrast to that for other nitrogen products, most notably urea. Indeed, urea prices have been under pressure for some time amid an increase in global supply (primarily from China), as well as the slowdown in global demand and the wider macroeconomic uncertainty caused by the coronavirus pandemic.

In April, producers such as Acron, Eurochem and Uralchem had managed to place small holds of AN in combination cargoes to Latin America in mid/second half April at levels that reflected around a 10% premium for AN over prilled urea.  However, the length in the Baltic has recently become clear with producers moving quickly to secure export orders. Eurochem offered aggressively in the mid-$150s pt fob Baltic equivalent in last week’s Incofe tender to fend off traders willing to take positions. In addition, Uralchem sold 10,000t of AN in Morocco at marginally higher prices.

Not only did the outright price collapse to $155-160pt fob but AN’s premium over urea halved to 5%. At the start of April Baltic AN prices were above $190pt fob. 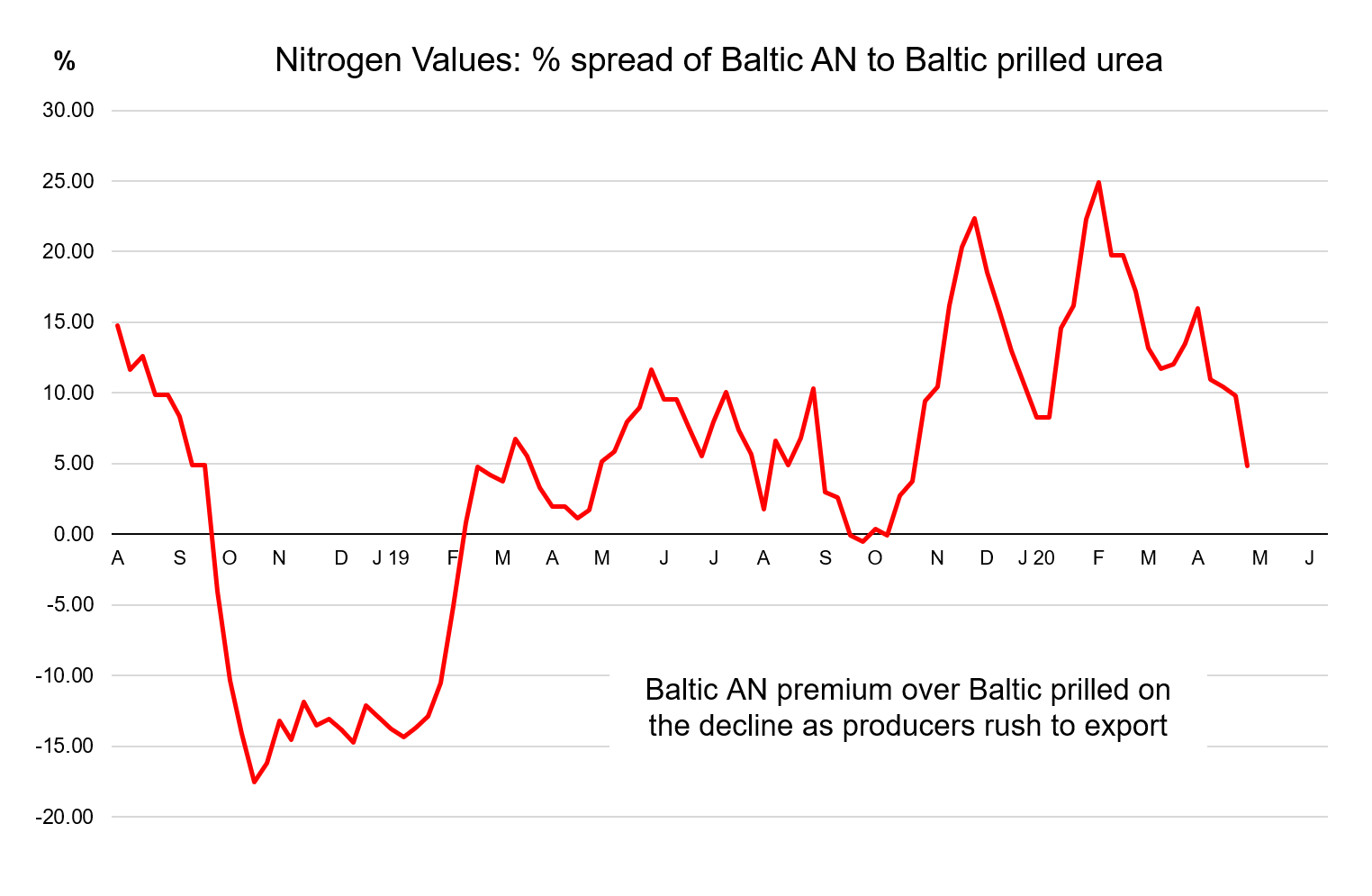 Of note, the AN premium is currently at similar levels year on year. However, last year the Russian domestic season was disappointing for producers with AN at a discount to prilled urea for much of Q4 2018 and January 2019. The strength in demand this season has largely been due to the mild weather, generally frost free and warm. In addition (and prior to the positive weather situation unravelling), producers were careful to avoid some of the mistakes of the previous season which saw larger producers turning down export business in the hope of placing the product domestically at better netbacks. 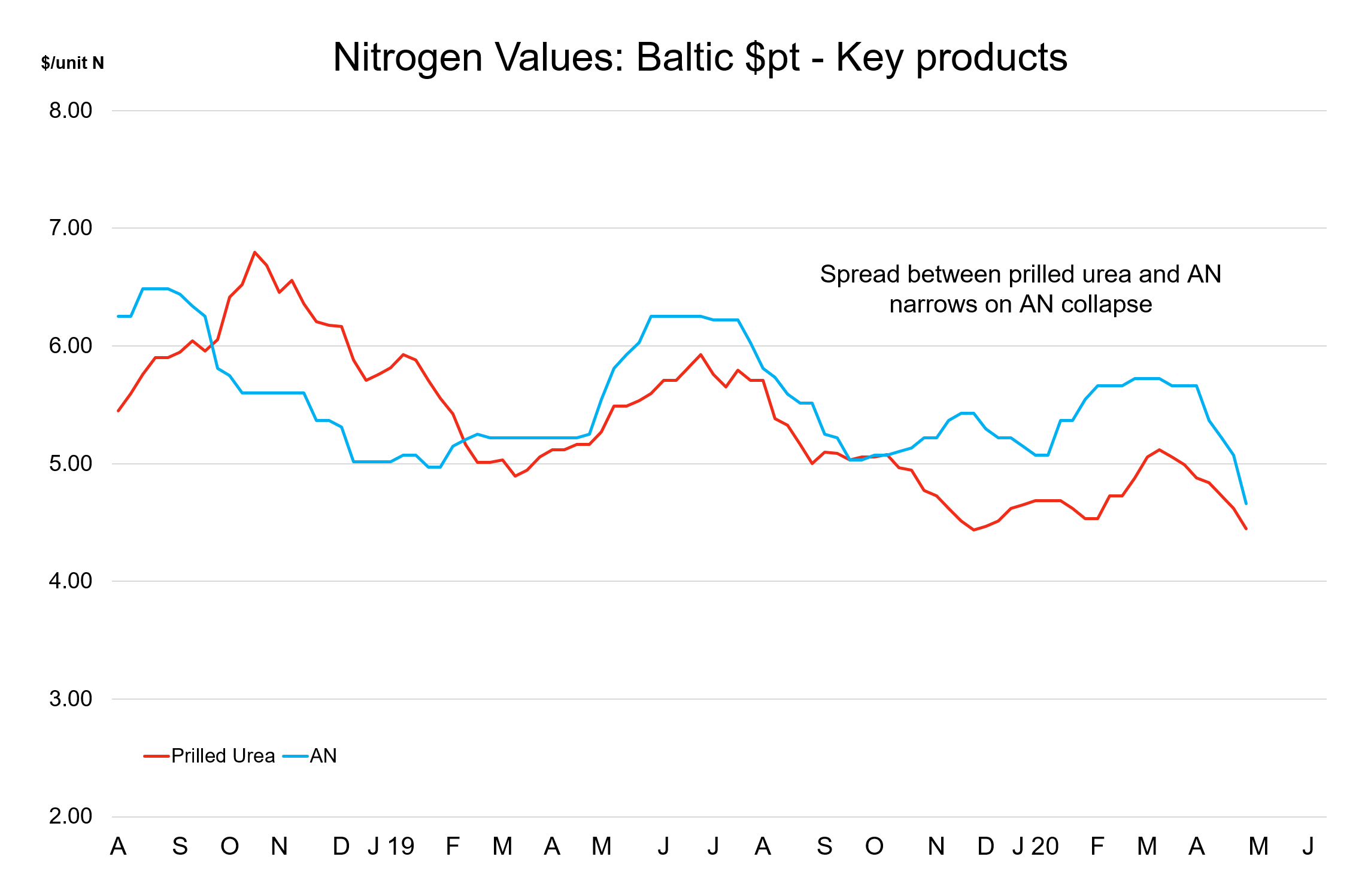