Urea prices across a number of western and eastern markets have staged a recovery in recent weeks, buoyed by the emergence of demand from Latin America for granular, and African markets for prilled urea.

Granular and prilled urea prices have been on a downwards momentum since March, with a lack of buying demand globally contributing to the bearish sentiment across the market. But, over the past three weeks, prices have continued to push higher.

In Latin America, strong demand from Argentina in particular has resulted in 4-5 cargoes of granular urea being booked of late, with some booked by traders at prices up to $240pt fob. Higher levels of demand from Brazil and central America has also helped producers achieve higher prices in the Middle East, Algerian, and Egyptian markets.

In Africa, higher levels of demand for prilled urea from the west coast, as well as Angola and Tanzania, has resulted in prices rising to $210-215pt fob Black Sea equivalent. Furthermore, with turnarounds currently either ongoing or planned in Russia and the FSU, prilled urea prices are expected to be rise further.

Southeast Asian prices have ticked higher, with the lack of Chinese selling interest supporting prices and giving buyers in the region little choice. If China continues to opt out of the export market, which it has done since March, the bullish pressure will continue to support urea prices going forwards. However, with domestic prices falling in China, producers may now consider exporting material.

The global urea market continues to await the outcome of the latest Indian tender as a real test of where FOB values lie. Earlier reports from several participants suggest that lowest offers were around $238pt cfr west coast, although that has yet to be confirmed. 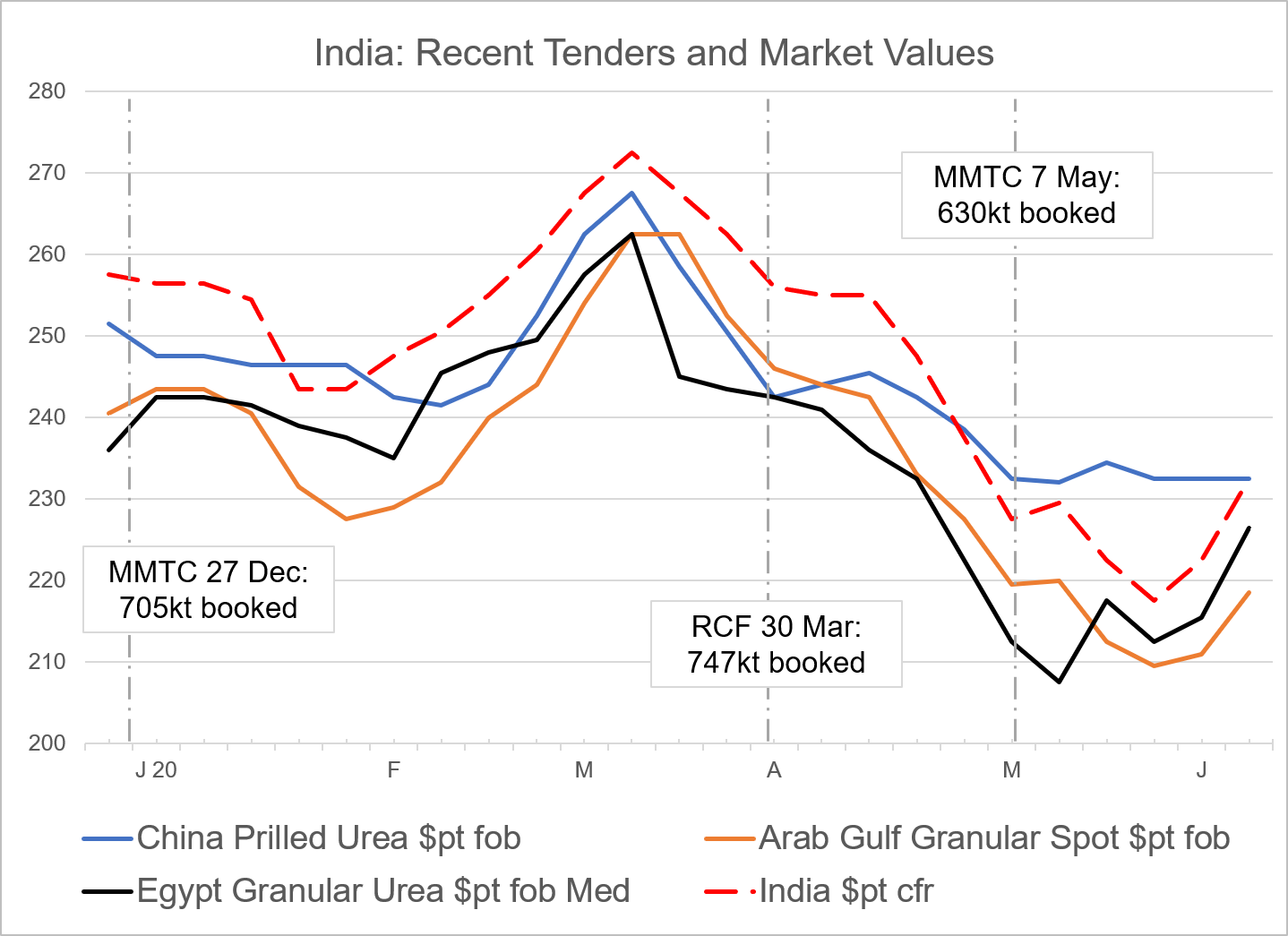 Ahead of the latest Indian urea purchasing tender, urea prices have advanced. Chinese suppliers have been focused on the domestic market, holding export offers for some time and only committing small volumes to the international market. With the domestic season due to conclude soon, Chinese export interest is expected to build.