Pivotal week for urea as market prepares for India’s return

Liquidity returned to the global urea market this week with producers in North Africa and SE Asia, and to a lesser extent the Middle East, committing significant volumes. Many producers in Egypt are now heavily committed for December.

Demand has been driven by India’s anticipated return to the market. The world’s largest importer of urea has been absent for a few weeks, but needs to return to secure supplies for the Rabi season. The market expects a tender announcement to be made shortly by MMTC.

Egyptian producers sell over 270,000t for shipment into January

While there has been no formal news from India, traders have moved to secure positions and cover shorts into Europe and Latin America. Having cut prices to below $245pt fob earlier in the week to secure business into nearby markets, Egyptian producers subsequently lifted offers and placed over 180,000t of granular urea in the space of a few days. This includes likely positions for India for shipment from Adabiya.

Last concluded business for December shipment took place in the mid-$250s pt fob. An additional 90,000t has been committed for January shipment up to $260pt fob. 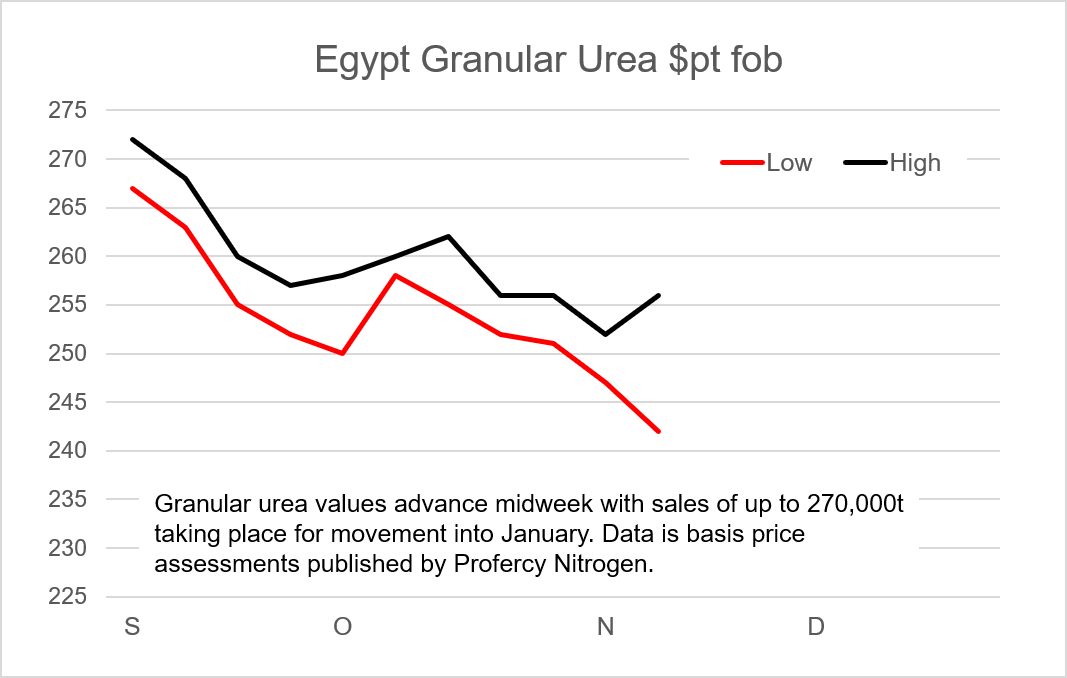 With availability for December tight, the latest round of sales saw major buying from traders for shipments to Europe. European demand has been sluggish of late, largely owing to a difficult harvest, but there is evidence of notable deferred demand. As a consequence, traders have raised offers as high as $265pt fob Egypt equivalent for December shipments to western Europe.

Similarly, in the east, positions have been taken for December. Kaltim placed prilled and granular urea at healthy levels midweek having failed only days earlier to secure bids over $253pt fob for granular. In the derivatives market, December Arab Gulf contracts have traded in the low-$260s pt fob, up $10pt on last week with spot physical business for December at slightly lower levels.

A major factor supporting values in the east is the absence of China from the international market. With operating rates easing in October, demand from the blending sector surfacing and significant volumes exported, mainly for India, producers have raised export offers to uncompetitive levels. 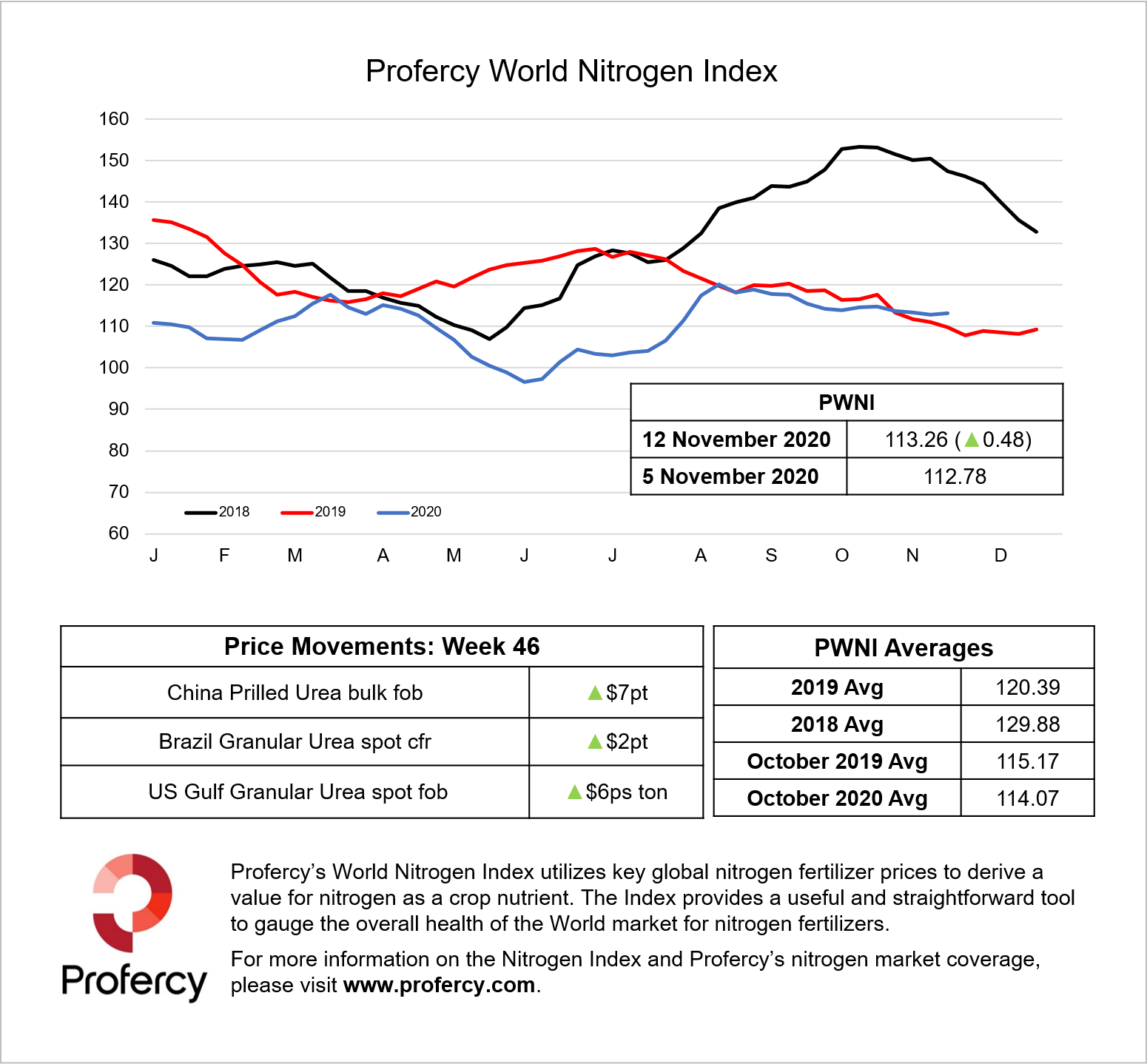