Urea market rallies in the west, while east continues to await Indian announcement

The widespread anticipation of an Indian urea purchasing tender announcement and a series of related and unrelated events has led to a sharp about turn in urea values. This week, the Profercy World Nitrogen Index reversed around half of the decline of the previous six weeks.

The first sign of bullishness came in the paper market. Values rallied considerably and moved well above physical levels. At the beginning of the week, Arab Gulf September derivatives were trading around $40pt above the previous physical offer levels.

In part due to this and with a view to lock in profits and minimize risk, traders that had sold short into Turkey and Europe moved to cover from Egypt. This led to a rally with prices starting from around $440pt fob. The latest trades have been over $20pt higher.

In tandem, though unrelated, the impact from Hurricane Ida in the US Gulf forced the shutdown of CF Industries’ Donaldsonville facility. The producer was reported to have entered the spot market along with others to make up the shortfall. As is often the case in Q3, US Gulf values had been trading at a significant discount to Brazil, unsurprisingly leading to suppliers focusing product on the largest Latin American market. Indeed, only a single vessel was due to arrive in Nola this month.

While this was not a major issue previously, the Hurricane exacerbated the supply situation. US Gulf values rallied from around $430ps ton fob Nola to a little under $500ps ton fob Nola, a nine-year high.

Brazilian buyers reacted slowly to the turn of events but granular urea values have recovered to the mid/high-$480s pt cfr, from around $460pt cfr.

The turnaround in urea’s fortune has benefited only western suppliers so far. Arab Gulf values are unchanged as Chinese offer levels remain low, and the level of Chinese participation into the next Indian tender remains unclear (potentially high). Indeed, Arab Gulf spot values remain unchanged despite the paper market rally. An Indian tender announcement, originally expected during second half August, has been delayed once again. At the beginning of the week, there were almost universal reports from India that RCF was days away from an announcement. 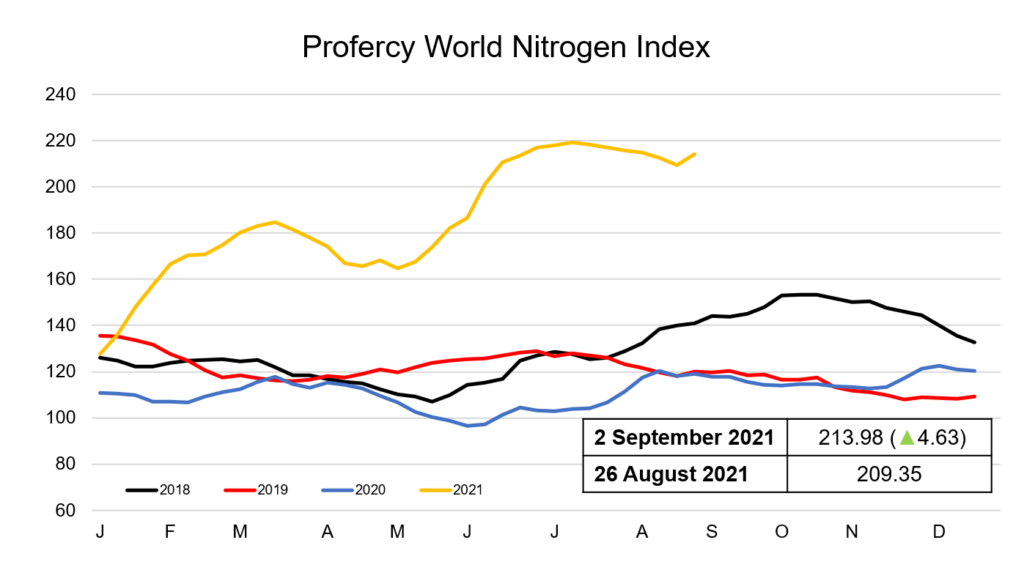