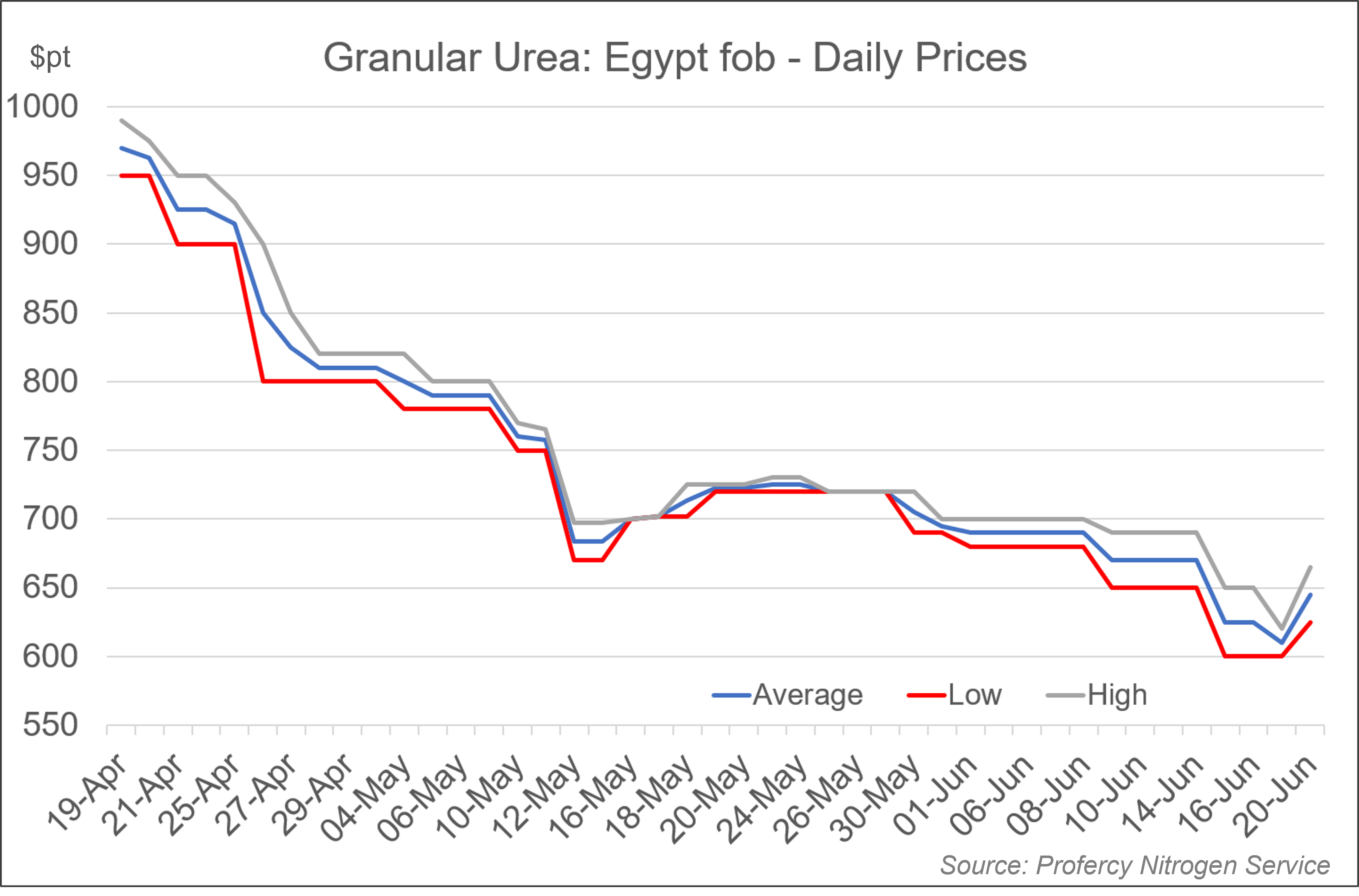 After weeks of inactivity caused by lackluster demand and producers maintaining official offer levels close to $700pt fob, renewed interest has returned to the market with substantial volumes of granular and prilled urea trading over the last few days.

Late last week, reports began to emerge that Egyptian producers had revised price ideas down to the low $600s pt fob Egypt in a move to clear June availability and build order books for July.

Demand quickly appeared with traders stepping in, primarily to cover earlier short sales, mostly for Europe. Indeed, in the days prior to the latest round of business sentiment in the derivatives market had improved with Q3 contracts trading up to the low-$600s pt fob Egypt from a low of $510pt fob in the middle of the week. This was, in part, supported by firming regional gas markets.

Exact volumes and the lowest prices traded are yet to be confirmed. Yet, most Egyptian producers are understood to have sold volumes over the last few days with the lowest reported prices in the market down to the low-$600s pt fob.

Algerian producers also benefited from the increase in demand with several sales concluded by AOA for July shipment up to $620pt fob. The producer was last reported to have been seeking $650pt fob for next availability. Meanwhile, at least one producer in Nigeria has placed July spot availability.