The international ammonia market is far longer than in previous weeks as overcapacity in the Americas, Middle East and Southeast Asia emerges fast and generates negative price pressure in key import regions.

Many participants remain reluctant to divulge prices or price targets, but bearish sentiment is clearly the dominant position given the amount of spot cargoes available to traders and end users.

Plenty of deals were struck both sides of Suez in a hectic week, and a $25pt slip in the Tampa contract for November loadings underlined the more favourable conditions for buyers.

The settlement of the US benchmark at $1,150pt cfr reversed the hike witnessed for this month’s loadings and came amid uncertainty over the scale of US agricultural demand for ammonia for the current quarter.

In a fragmented market, at least ten spot deals – comprising more than 150,000t – were concluded, with Trammo involved in at least half of those transactions, while cargoes involving other traders also changed hands.

The flow of spot material to Europe and North Africa from the Middle East and Southeast Asia reflects the lack of demand from the industrial sector in major importing countries like South Korea and Taiwan.

Regular export volumes from China are also starting to become a feature of the market, with some of that material moving to India and Morocco in recent days and suppliers heard in talks over potential December deliveries to Northeast Asia at discounted prices.

Among the confirmed deals were Mitsui’s cfr spot sales of material from the Middle East and Indonesia into Belgium and Bulgaria, respectively.

Compatriot Mitsubishi sold 23,400t to Trammo priced under formula for lifting from Luwuk shortly, while that buyer also acquired fob cargoes in Libya and Brazil and sold to Borealis’ operations in northern France.

Bearish sentiment is likely to persist into 2023, with Q4 historically one of the weaker periods for pricing given reduced demand from industrial and agricultural users in the northern hemisphere. 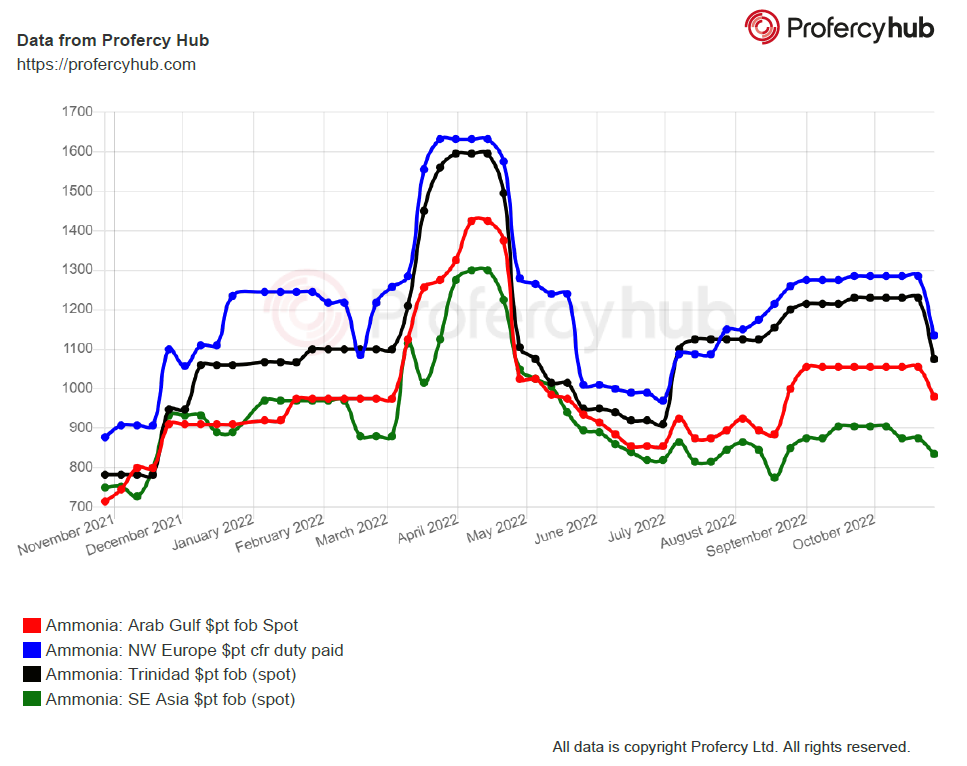